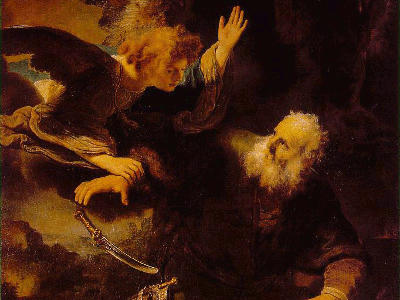 Like Jacob a couple of weeks ago, the Old Testament reading for the Fifth Sunday in Lent is reaching a high point. Abraham is commanded to sacrifice his promised and beloved son Isaac. Within the wider context of Genesis, this chapter comes toward the end of the section which deals primarily with Abraham. The “generations of Terah” began in Genesis 11:27 and will end in a few chapters in Genesis 25:12. Chapter 23 deals with the death of Sarah before beginning to focus on Isaac in Genesis 24. This is plainly the last major event in the life of Abraham.

The passage begins by noting that God is testing Abraham. The Scriptures clearly forbid man testing God, as seen clearly in Deuteronomy 6:16. However, God frequently tests men, such as in Exodus 15:25, Deuteronomy 8:2, Psalm 26:2, and 2 Chronicles 32:31. Such passages also clarify that God intends to prove the faithfulness of those who He tests. All people, like Adam, are by nature covenant-breakers (Hosea 6:7). Like a vassal who has broken faith in the past, it is reasonable to ask whether he will prove true in the future. This, then, is why it is forbidden to test God: it at least asks whether God will be faithful in His promises, something which the Scriptures teach over and over again. Even when God asks Ahab to test Him in Isaiah 7:10-12, He seeks to show in this extraordinary instance that He is steadfast and true to His Word. But such testing should not alarm us. God does not seek to crush with such testing, but rather to chastise and discipline those whom He loves (Hebrews 12:6).

The Lord commands Abraham to take Isaac to Mount Moriah to the north. Abraham had been dwelling in or near Gerar as of Genesis 20:1 and making a treaty with Abimelech in Beersheba in Genesis 21, both of which are toward the southern end of the land of Israel in the Negeb. Moriah is in what would later be Jerusalem. The Lord appeared to David on Moriah in 1 Chronicles 21:18-22:1 when David sought to avert the plague brought on by his census. Solomon therefore builds the temple on Moriah (2 Chronicles 3:1). The second temple, built over the ruins of the first, thus was also on Moriah, which means that Jesus would spend much of His time teaching in the same place where Abraham was commanded to sacrifice Isaac.

Abraham notes to his young men that he and Isaac will go and “bow down” and return, a gesture of worship. Hebrews 11:17-19 strengthens this point, since Abraham did all of this “by faith,” recognizing that God can also raise the dead. Faith shows itself by its works, which is the point of James 2:21. Being justified by works is tantamount to saying that a good tree produces good fruit (Matthew 7:15-20). Abraham also demonstrates this through naming the place Jehovah-Jireh, that is, “The Lord will see” in the sense of “will see to it, or will provide” (Genesis 22:8 and 22:14). Even though he had not yet seen the lamb for the sacrifice, Abraham knew by faith that the Lord would see to it.  Even if he had to follow through with the sacrifice, the Lord would raise Isaac from the dead and see to His promises.

Much could be made of the ram caught in the thicket being sacrificed “instead of” or “in place of” Isaac. After the Lord stops Abraham’s hand, He sees to it that a substitute for Isaac is found. This notion of substitution continues throughout all of Scripture, first in the animal sacrifices of Leviticus 1 and following, and finally in the great substitution of Christ on the cross for our sins. Because of this, allegory is unnecessary.  God substitutes His own Son for those who hated Him in order that He might have mercy on them and deliver them from the coming wrath (John 3:16; Romans 5:8; 1 Thessalonians 1:9-10).

Finally, the Lord renews His promise to Abraham and includes a beautiful oath: “By Myself I have sworn.” This phrase occurs in four places in the Old Testament: here in Genesis 22:16, Isaiah 45:23, Jeremiah 22:5, and 49:13. Here and in Isaiah, the phrase is used to strengthen a promise: it is the Lord who shall save and no other. However, in Jeremiah, the Lord uses it to seal a judgment: Judah shall become desolate and Bozrah shall become a waste. Thus, it is a highly intense modifier, a solemn promise that what the Lord has said will without doubt come to pass (Numbers 23:19). “For people swear by something greater than themselves, and in all their disputes an oath is final for confirmation. So when God desired to show more convincingly to the heirs of the promise the unchangeable character of his purpose, he guaranteed it with an oath, so that by two unchangeable things, in which it is impossible for God to lie, we who have fled for refuge might have strong encouragement to hold fast to the hope set before us” (Hebrews 6:16-18). 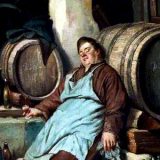 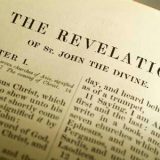