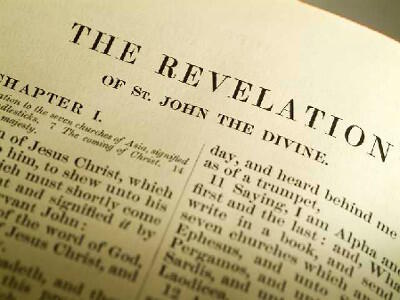 The apostolicity of Revelation

Though we have already covered the authorship of Revelation and Gösswein’s unbending assertion of the apostle John’s authorship of the book, there is another ground for critiquing the book’s apostolic origin. If a critic finds everywhere that the oldest orthodox authors affirm the apostle’s authorship, he can still turn to what Gösswein calls “inner criticism.” “Inner criticism” examines the style, the vocabulary, and other literary factors, and in this case, finds little to no evidence that John wrote Revelation.

Inspiration does not obliterate variety of expression and style.

The apparent strangeness of Revelation is no obstacle to its inspiration by the Holy Spirit. If the same Spirit spoke in “many and various ways through the prophets” and if the same Spirit spoke through Peter and through Paul, then He can also speak through John in that apostle’s very distinctive manner of expressing the truths of Christ. Gösswein makes this point briefly and concludes with the rhetorical flourish: “Where is there anywhere in [Revelation] that would be against divine inspiration and an apostolic manner of writing, against the honor and the doctrine of Jesus Christ?”

Revelation isn’t a book for beginners.

It is no accident that Revelation is last in the canon of Scripture. Gösswein quotes Luthardt’s 1861 commentary, “One should not begin the reading of Holy Scripture with it; rather should he close his reading with it.” Then Gösswein says in his own words, “It is not for children and beginners in knowledge, any less than the books of Ezekiel and Daniel.” Then with characteristic Latin brevity, Jerome says in Gösswein’s final quote, “Revelation has as many secrets as words.” The book is not impenetrable, but it is not for the faint of heart or for the one unskilled in Scripture. That Revelation quotes the Old Testament more than any other New Testament means for the reader that much more fruitful but hard labor.

The book everywhere bears the marks of the apostle John.

Gösswein briefly rejects Erasmus’ rather frivolous contention that the apostle’s provision of his own name in Revelation, something he does not do in the gospel or his epistles, means that the apostle did not write Revelation. He points out that Jeremiah names himself 120 times as no argument that it is un-Christian to name oneself in an inspired writing. Likewise the churchly title on many manuscripts attributing the book to “John the Divine” or “John the Theologian,” pompous as such as a title may seem to some, is neither the apostle’s self-description nor an inaccurate description of a man who teaches Christ so richly.

The strongest portion of Gösswein’s defense is his tracing of Revelation’s connections to other Johannine writings. Critics from Erasmus to the towering figure of late 19th-century higher criticism, De Wette, were certain the book was too stylistically estranged from John’s gospel and epistles that the author of Revelation had to be someone other than the evangelist or letter writer. Gösswein responds in several ways:

The number of Semitisms in the book results from John’s need to clothe divine thoughts in “the old holy language of the Hebrews” because it had “for such a long time been the clothing of prophecy.” The abundance of Semitisms incomprehensible to Gentile audiences is an argument for Revelation’s date within the first generation of Christians, before the relative eclipse of ethnically Jewish Christians within a massively Gentile church had occurred.

De Wette’s failure to comprehend the book’s high Christology and graphic manner of expression proves “the natural man receives nothing from the Spirit of God.” The higher critic’s inability to comprehend Scripture is the product of unbelief. He does not grasp Scripture because he has not grasped Christ by faith. Therefore the simple idea that John could be expressing himself rather differently under persecution in Patmos than in his gospel or his epistles becomes for the higher critic proof that the book is non-apostolic. The unbelieving mind will find to be true what the unbelieving heart already believes.

Revelation links up very well with other Johannine works:

All of these points taken together, the Scripture itself testifying to the apostolicity and the christocentricity of Revelation along with John’s gospel and his epistles, amount to an overwhelming testimony that Revelation is the work of the apostle John, high and difficult as its construction and style may be, that clearly proclaims Christ the Lamb of God as Savior. 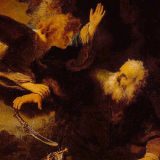 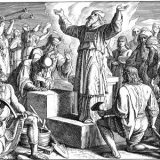 Haggai and the Nature of Worship
Scroll to top