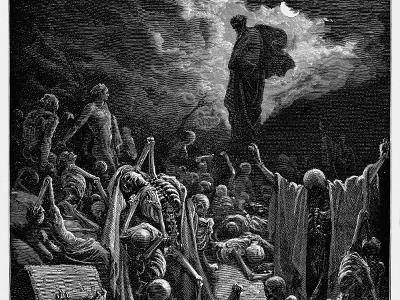 Following the account of his call in chapters 1-3, Ezekiel preaches against Israel in chapters 4 through 24. Like many of the other prophets, Ezekiel condemns Israel for her sins and proclaims that the judgment is coming swiftly. Ezekiel’s ministry begins close to the end of the kingdom and continues into the exile. However, he turns his attention against the enemies of Israel in chapters 25 through 32, which is good news for Israel. God has not forgotten His people, even as He punishes them for their sins. Ezekiel then returns to Israel, bringing both more words of reproof as well as words of comfort. The reading for the Second Sunday of Easter falls into the latter.

By the time of this passage, Jerusalem has been captured and the kingdom has come to an end. The exiles have begun to despair: “Our bones have dried up, and our hope is lost; we are cut off” (Ezekiel 37:11). Everything seems to be lost, and all of God’s promises seem to have failed. They are in a foreign land because of their sins, and they are wondering when, or even if, it will end.

Ezekiel 37:1 demonstrates that the valley of dry bones is a vision given to the prophet. Ezekiel says that the “hand of the Lord” was upon him, a key phrase for such visions throughout the book (Ezekiel 3:14, 22; 8:1; 40:1). He is also brought “in the Spirit” into the valley (Revelation 4:2; 17:3). While the Holy Spirit can physically move someone from place to place (such as Philip in Acts 8:39-40), the passage is presented in the language of a prophetic vision. Ezekiel is commanded to go into “the valley” in 3:22, which suggests a physical location, but it is not specified, and he sees a vision both times. If they are the same valley, he does not record the presence of the bones the first time.

Ezekiel 37:2 emphasizes just how many bones there are in this valley, since the prophet is led among them, and it also emphasizes that there is no earthly hope for them. Dry bones have been out in the open for a long time. But the Lord asks him, “Son of Adam, can these bones live” (Ezekiel 37:3)? A rhetorical question, as the Lord already knows what He wants to do (John 6:6; Rev 7:13-14; John 21:15-17). However, Ezekiel recognizes that he should not impose his own thoughts here, but rather answers “Lord God, You know” (compare 2 Peter 1:20).

The Lord commands him to “prophesy” or to speak as he commanded to speak. Ezekiel, in fact, has no choice but to speak in this way, suggesting that for him in particular “the hand of the Lord” is something like a prophetic fit (Ezekiel 3:26-27). It is true that the Lord had loosed his mouth when Jerusalem fell (Ezekiel 33:22), but he still speaks as he is commanded here. It is certainly appropriate to connect this to verses about the Lord being with the mouth of the preacher (such as Jeremiah 15:19 or Luke 10:16), as Ezekiel helps to clarify just how important it is to “guard the deposit entrusted to you” (1 Timothy 6:20-21). But the prophet does so involuntarily or at least does so through most of his ministry.

Finally, the Lord does nothing without a purpose (Isaiah 55:10-11). He sends this vision to Ezekiel to comfort Israel in the midst of their distress. The beautiful ending of this passage regarding the opening of the graves seems to serve two purposes. First, Israel will be raised from the grave of exile, so to speak, and set back in their own land. Because the major prophets have said this again and again to Israel, even in the face of the coming disaster, “I will bring you into the land” (Ezekiel 37:12, 14) must also carry with it this immediate promise. However, the language is too plain to say that it must only refer to the return from exile. Rather, as Jesus says, “I am the resurrection and the life. Whoever believes in me, though he die, yet shall he live, and everyone who lives and believes in me shall never die” (John 11:25-26; see also 1 Corinthians 15; 1 Thessalonians 4:13-18; Revelation 20:13; et al). 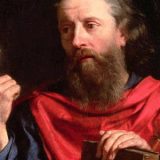 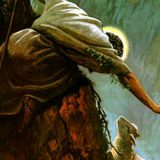