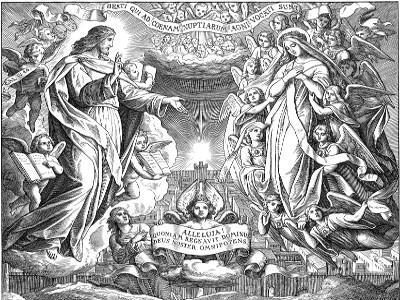 “You shall not bow down to them or serve them, for I the Lord your God am a jealous God” (Exodus 20:5). While these words found in the Ten Commandments are familiar enough, what does it mean for God to be a jealous God? Jealousy, at least in English usage, tends to be a generally negative word. It is a word which tends to be associated with possessiveness, but in a negative, controlling sense.

In Hebrew (and to a lesser extent in English), jealousy is not primarily negative. It is a broader word used in a wide variety of contexts, and certainly some of them are sinful. In those contexts, the word translated here in Exodus as jealous is also translated as envy or envious. Where coveting is frequently a desire to have something which properly belongs to someone else, envy is often the desire that another person would not have something which they have. Rachel envies the fertility of Leah (Genesis 30:1). Joseph’s brothers envy his favor and his dreams (Genesis 37:11). The Scriptures frequently warn the godly to not be envious of the seeming prosperity of the wicked, because it is empty and fleeting (Psalm 37:1; 73:3; Proverbs 3:31; 23:17; 24:1; 24:19; et al). Sinful jealousy is also corrosive and tends toward even more sin (Job 5:2; Proverbs 6:34; 14:30; 27:4; Ecclesiastes 4:4; 9:6). It can even seem to be good, even godly, but be directed toward evil ends, like Saul slaying the Gibeonites in his false zeal (2 Samuel 21:2).

But jealousy is not necessarily evil. In Numbers 5, the Lord gives to Moses a ceremony designed to test whether a wife has been unfaithful. Her husband, in a “spirit of jealousy,” turns to the Lord to know whether she is adulterous. However, here the jealousy is legitimate: adultery is interacting with another man or woman in a way which is only appropriate to marriage. In Numbers 5, the jealousy may still be misplaced, and it provides for a way to prove innocence. But the motive is right: she has been set apart for him in marriage, and vice versa. It differs from a sinful possessiveness, because the latter is interested only in the self rather than in the other.

This, then, is how the two concepts are related in a single word in Hebrew. Sinful jealousy is a burning desire to have what belongs to another or to deprive them of it, although there is no legitimate claim on the thing in question. It is a perceived right to it rather than an actual one. Godly jealousy, on the other hand, is a burning desire for a legitimate claim. A husband is right to be jealous for his wife, because she belongs to him, and vice versa.

Yet even here, the Lord is not jealous only in a negative sense, so to speak. Israel may be adulterous and provoke Him to jealousy, because she is His wife and belongs to no other. But Israel is also His. She may stray, but she belongs to Him. It is not because of her faithfulness, because that is clearly lacking. The Lord is her Husband because of His great mercy, and He will not suffer her to be mistreated. He will bring vengeance on her enemies (Isaiah 26:11; Ezekiel 5:13; 36:5-6; Nahum 1:2). He will have mercy on her and restore her, even after punishing her for her sins (1 Kings 19:31; Isaiah 9:6; 37:32; Ezekiel 39:25; Joel 2:18; Zechariah 1:14; 8:2). 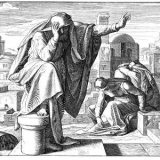 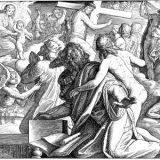