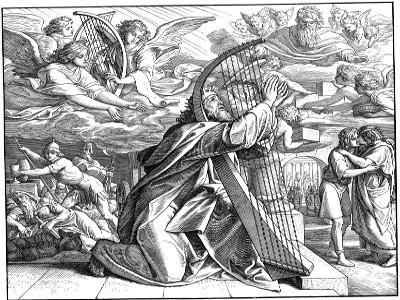 But what does that mean, especially on a practical level? The living God calls us to worship Him in Spirit and truth, but how is that done? Why is piety important? These are the sorts of question that this series hopes to answer.

I want to clarify a couple of things before delving in. Speaking about piety should not be taken as coming from one who is perfect. I speak as a dying man to dying men. “Let anyone who thinks that he stands take heed lest he fall” (1 Corinthians 10:12). Yet we are not Christians in isolation. The Lord desires that His Church be built up and not torn down, and even a man like Paul is encouraged by the faith of another (Romans 1:11-12). May my words abound to the building up of the Church and the promotion of the glory of God. I must decrease, so that He may increase.

Also, writing seriously about a topic like Biblical piety can be somewhat self-defeating. Most of you, I suspect, are those for whom piety is already a serious topic. An article seeking to improve piety among those who do not care is not likely to accomplish much. Those who need it most are also most likely those who will not read it in the first place. The way out of this impasse is also a Biblical one: to be a living book. “Be imitators of me, as I am of Christ” (1 Corinthians 11:1). “You are the light of the world. A city set on a hill cannot be hidden” (Matthew 5:14). “Do all things without grumbling or disputing, that you may be blameless and innocent, children of God without blemish in the midst of a crooked and twisted generation, among whom you shine as lights in the world” (Philippians 2:14-15).

Do not be discouraged either by the small number of those who seem to be serious. The Lord is perfectly capable of using whatever He chooses to accomplish His purposes. A small band of conspirators can accomplish so much when set in league against the devil and his kingdom of darkness. Men will leave behind their indifference and flock to the holy banner of Christ when they hear the clear trumpet calling and see the zeal of His mighty saints. Not all are generals in the hosts of the Lord, but even a brother in a foxhole fires us for the fight.

Therefore, this series will discuss Biblical piety with the hope of building up the Church and strengthening the hands of the saints. But before one turns to the practical ends, one must first lay the foundation. If one does not know where he is going, how will he reach his goal? Beginning next week, then, I will begin that work by clarifying the goals and the means. 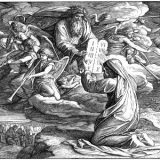 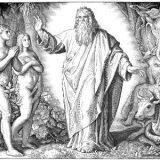