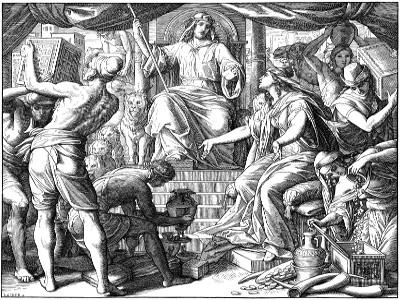 Unlike the two previous readings from Proverbs, the Old Testament reading for the Seventeenth Sunday after Trinity comes from the main section of the book and not from the introduction. As I have said in previous studies, Proverbs resists easy outlining. The beginning of this chapter from Proverbs 25 proves this: “These also are proverbs of Solomon which the men of Hezekiah king of Judah copied.” In other words, Proverbs is a collection of sayings, and their compilers seem to have put them into one book for the sake of having them all together.

That being said, there are sometimes correlations between the smaller subsections of the chapters. Proverbs 25 is a good example of this, since it seems that Proverbs 25:1-14 can be subdivided into three smaller parts. I have included Proverbs 25:1-5 in this consideration, because verses 6 and 7 are part of the first section and form its concluding thought.

The first subsection focuses on the righteousness of kings and is further divided into four points. God conceals, but kings search out. The righteous king therefore seeks out that which God has concealed, and wisdom consists in pursuing the things of God. Even so, as the heavens above and the earth beneath are beyond our ability to know fully, so also the heart of kings. David on several occasions is compared to the “angel of God,” who is full of discernment (2 Samuel 14:17), wisdom (2 Samuel 14:20), judgment (2 Samuel 19:27), and blameless (1 Samuel 29:9). Since the king is in this way similar to God, there is a close comparison between them, which is much of the point of this section.

Moving to the next point, silver free of dross is the same as a king free of the wicked in his presence. Solomon referenced this idea earlier in Proverbs 16:12-13. Wise kings, in this way, pursue righteousness and have no part in the way of wickedness (Psalm 2:10-12). As the Lord cannot abide wickedness in His presence, so also the righteous king.

Finally, Solomon closes this subsection with the only major point of contact with the Gospel reading of Luke 14:1-11. Setting yourself forward in the presence of the king is self-exaltation. Such a man will be set lower in disgrace. It is better to be told “Come up here,” for “let another praise you, and not your own mouth” (Proverbs 27:2). But the key here is the close connection between the king and God. As such presumption before a king is shameful, how much more before God? The exalted will be humbled, and the humble will be exalted. The righteous king, therefore, is in the place of the righteous God, not as a replacement, but as God, so the king.

The second subsection focuses on the second great Commandment of “love your neighbor as yourself” (Matthew 22:34-40). Specifically, it is an exposition of “you shall not bear false witness.” A man who seeks to rush to be vindicated in court or elsewhere may very likely be operating with partial information. Better to be fully informed before doing what is right, or even better, to rebuke in private (Matthew 18:15-20).

The third subsection—from which the name of this site comes—praises wisdom. A word fitly spoken, that is, a wise word, is like gold framed in silver. The commandments of the Lord are more valuable “than gold, even much fine gold; sweeter also than honey and the drippings of the honeycomb” (Psalm 19:10).

This fit word, however, is especially the word of a sent messenger. If the rich man in torment imagined a great comfort in even a drop of water (Luke 16:24), how much greater will an actual comfort of the Word be (Isaiah 40:1-2)! A wise and faithful messenger, however, conforms in holiness to the Lord and His Word and has “no need to be ashamed, rightly handling the word of truth” (2 Timothy 2:15). “The one who hears you hears me,” but this promise is for those who abide in His Word (Luke 10:16). “If you utter what is precious and not what is worthless, you shall be as my mouth” (Jeremiah 15:19). But the faithless messenger are “waterless clouds, swept along by winds” (Jude 12). Such will be recognized “by their fruits” (Matthew 7:15-20), “for when dreams increase and words grow many, there is vanity; but God is the one you must fear” (Ecclesiastes 5:7). 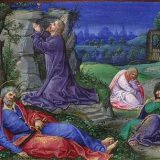 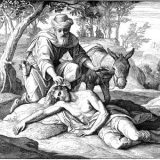