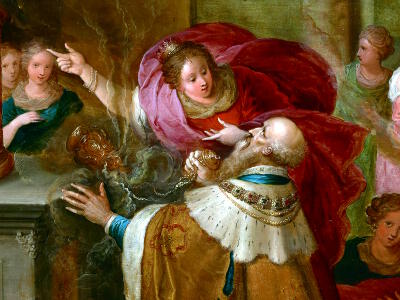 The authority of the preacher is derivative in nature. Men preach the Word, which is not their own, in season and out of season. For good reason, the men called to proclaim the Word of God are called stewards and not masters, because they are answerable to the Master in all that they do. Yet the great temptation of preachers is to center their authority in themselves, whether because of their knowledge, ability, or in comparison with other men. The false apostles who were plaguing the Corinthian congregation despised Paul out of pride. “For they say, ‘His letters are weighty and strong, but his bodily presence is weak, and his speech of no account’” (2 Corinthians 10:10). Paul apparently was an unimpressive speaker, and his enemies exploited that to their own advantage.

These “super apostles” built each other up in a false confidence. As Paul says, “When they measure themselves by one another and compare themselves with one another, they are without understanding” (2 Corinthians 10:12). The pastor who boasts of his own ability has missed the point, because it is not personal ability that makes him what he is in the Lord. “For it is not the one who commends himself who is approved, but the one whom the Lord commends” (2 Corinthians 10:18). Lest we misunderstand Paul’s point, he also writes to Timothy: “Let no one despise you for your youth, but set the believers an example in speech, in conduct, in love, in faith, in purity” (1 Timothy 4:12). Seeking our commendation from the Lord and not from ourselves or from men is not an excuse to be lazy or immoral. Rather, “let another praise you, and not your own mouth; a stranger, and not your own lips,” because self-praise is a fruit of the flesh and not of the Spirit (Proverbs 27:2).

On the other hand, there is such a thing as false modesty. Paul explicitly says, “Let the one who boasts, boast in the Lord” (2 Corinthians 10:17). The men whom God has called into the ministry should not be ashamed of the authority which comes from the Lord. To be ashamed of what God has sent you to proclaim is tantamount to being ashamed of God. It is boasting in the flesh that Paul condemns. As he says to the Galatians, “Far be it from me to boast except in the cross of our Lord Jesus Christ, by which the world has been crucified to me, and I to the world” (Galatians 6:14). Let the one who boasts boast in what the Lord has done, even to unprofitable servants like us.

Paul, in a fit of what he calls madness, proves his point yet further. It is foolishness, because Paul speaks like a madman in answering the fools according to their folly (Proverbs 26:5). If they have any ground for boasting in the flesh, Paul has more. These false apostles love the position of high honor, but do not suffer for it. They seek the rewards of speaking on behalf of God without recognizing the cross that must go with it (Matthew 23:1-12). Paul suffered much for the sake of the Gospel, a cross laid upon him by the Lord (Acts 9:16). These are not generic trials, as if one could apply them to any situation. Many of those who preach the Word have not suffered as Paul suffered for the Gospel. The crosses that the Lord sends to discipline his people are not the same, nor should we magnify them into meaninglessness.

However, the ultimate point that Paul makes is one that applies across the board. Whatever the cross may be, if we boast, let us boast of our weakness, for the Lord declares that “My grace is sufficient for you, for my power is made perfect in weakness” (2 Corinthians 12:9). Our actual weaknesses, not our imagined ones or our sins, testify to the mercy and the grace of the Lord. We are “jars of clay” bearing the treasure of the Word (2 Corinthians 4:7). Those who bear this office “have this ministry by the mercy of God” (2 Corinthians 4:1). “Not to us, O Lord, not to us, but to Your name give glory, for the sake of Your steadfast love and Your faithfulness!” (Psalm 115:1).

As a final note, Paul’s motivation for such foolish boasting to show his own weakness stems from a “divine jealousy” for the Corinthians (2 Corinthians 11:2). From fear that they were being led astray like Eve was deceived by the serpent, Paul speaks against those who were leading them away from their first love. “As the truth of Christ is in me, this boasting of mine will not be silenced in the regions of Achaia. And why? Because I do not love you? God knows I do!” (2 Corinthians 11:10-11). The false teacher does not seek to build up the flock, but rather to exploit it. “For such persons do not serve our Lord Christ, but their own appetites, and by smooth talk and flattery they deceive the hearts of the naive” (Romans 16:18). Do we as pastors seek to instruct those entrusted to us as a father with his children, or out of a desire to appear orthodox? Is our jealousy divine or fleshly? Let us not compromise the Gospel out of a desire to seem fatherly, to be sure, but let us remember that we are called to be spiritual fathers. Those commended to our care for a time are not our enemies, but sinners for whom Christ died. 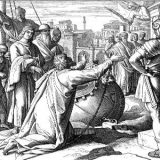 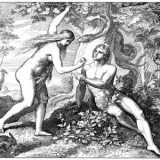 The Law in Eden
Scroll to top