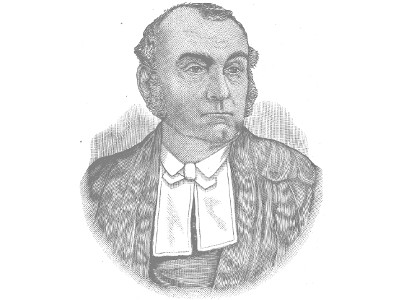 St. Paul calls us to imitate him, because spiritual fathers worthy of the name are worthy to be emulated in what they say and do.  Nor is this limited to the apostles, because in every age the Lord richly provides His Church with saints that we should honor and imitate.  Frequently, however, such saints fall into obscurity, blazing as lights within their own generation, but largely forgotten in the next.  Yet the Lord never forgets them, and on the last day their crowns will shine like the sun.

When the days were getting colder in the year 1831, a young man riding on a horse arrived into New Philadelphia, Ohio.  All he carried with him were his meager belongings, a few books, and some letters authorizing him as one sent to labor in Christ’s vineyard.  He had no idea where the Lord would send him, only that he was to travel westward until the Lord called him to stop.  His name was Emanuel Greenwald.

Greenwald had a letter of introduction to a man named Michael Doll who lived in New Philadelphia and was warmly received.  That same evening, at the request of Mr. Doll and the people of New Philadelphia, who had been without a pastor for several years, Greenwald held a service, preaching on John 15:9.  Though he imagined that he would go on further west the following morning, the Lord had other plans for him.  October 27, 1831 thus marked the beginning of a ministry lasting for twenty years.

Being largely alone in that part of the American frontier, Greenwald nonetheless labored mightily.  At one time in the course of that long ministry, he served no less than fourteen preaching stations.  As his biographer Haupt tells us:  “East of New Philadelphia he established a congregation eighteen miles distant; northeast, another at fourteen miles; north, another twelve miles from town; west, twenty-one miles; southwest, twenty-seven miles; south, twenty-three miles; southeast, ten miles, with intermediate places, six, eight, five, seven miles; making, in all, at one time, fourteen preaching places, at which, as often as possible, Sundays and weekdays, in every month in the year, services were held.”  Thus in an area hundreds of square miles in size, riding long on horseback preparing his messages, Greenwald fulfilled his ministry.

Greenwald would go on in the course of his life to serve three other congregations in Columbus, Ohio, Easton, Pennsylvania, and finally in Lancaster, Pennsylvania.  He would become a prolific writer, especially devotionally and for children.  He would serve as editor of several periodicals and as president of his synod.  That is beyond the scope of this short article.  Yet one other anecdote told by Gerberding provides a terrific insight into Greenwald’s character:  “Dr. Greenwald once went to synod, and on his arrival was asked to join a pleasure party before synod would open.  He excused himself and said that he must hunt up a servant girl, lately removed from his parish.”

Far more could be said of this remarkable man.  Yet consider the example he provides.  May our zeal match his, especially in a time when travel is far easier and the tools we have make the labor far lighter!  May we be so willing to serve the Lord wherever he places us, and not merely the places where we think we would serve best!  The Lord raised up Emanuel Greenwald to accomplish His purposes.  Let us not forget his labor, even as we give thanks to the Lord from whom all such blessings flow. 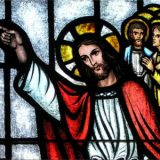 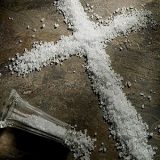