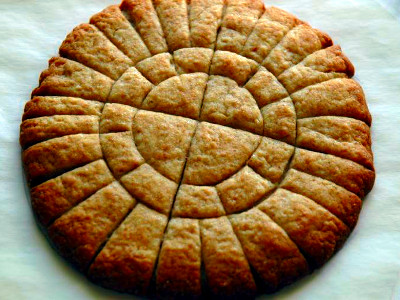 The Corinthians, Paul says earlier in 1 Corinthians 5, tolerated an egregious evil in their midst.  One of the men still within the congregation had “his father’s wife,” a relationship clearly forbidden in passages like Leviticus 18:8 and Deuteronomy 22:30.  Engaging in sexual activity with one’s own mother-in-law horrified the sensibilities even of the pagans around them, which is especially noteworthy considering that they condoned homosexual activity (Romans 1:26-32).  Yet the Corinthians tolerated such evil!  “And you are arrogant!  Ought you not rather to mourn?  Let him who has done this be removed from among you” (1 Corinthians 5:2).

Paul therefore rebukes the Corinthians in the Epistle lesson for Easter.  They boasted of their love in tolerating such a man in their midst, possibly imagining that they welcomed sinners as Jesus had done.  Yet the difference between the two could not be greater.  When Christ ate with sinners, they did not continue in their sin, but were called by the Holy Spirit to turn away from sin and to walk after Christ.  When the Corinthians ate with this man, he continued in his sin and was even strengthened in it, because grace and forgiveness are not the same thing as tolerance.  Tolerance of evil leads to more evil.  “A little leaven leavens the whole lump.”

Paul’s exhortation to “cleanse out the old leaven that you may be a new lump” therefore first refers to this situation.  The leaven of evil which the Corinthians tolerated in their midst must be swept out.  Yet it applies also to evil of all sorts, because just as yeast causes the whole loaf to rise, so also evil affects the whole body.  Christ Himself warned against the leaven of the Pharisees and the Sadducees, clearly connecting this imagery to false teaching which would lead away from God (Matthew 16:11-12).

Paul refers to Passover as a way of proving his point.  During the observance of Passover, after all, all leaven and leavened things had to be put away.  “Seven days you shall eat unleavened bread. On the first day you shall remove leaven out of your houses, for if anyone eats what is leavened, from the first day until the seventh day, that person shall be cut off from Israel” (Exodus 12:15).  Eating anything leavened within the seven days meant being cut off from Israel (Exodus 12:19).  Through this symbol, the Lord taught Israel about the seriousness of sin.  It was the Lord who delivered Israel from Egypt and it was the Lord who passed them over in the judgment.  To keep physical leaven transgressed the covenant.  How much more the leaven of sin!

Passover, however, pointed forward to the greater Lamb of God.  Christ is our Passover lamb, whose blood perfectly atones for sin.  The Corinthians, being in Christ, were set apart to God and made a new, unleavened lump in Christ.  Paul therefore calls for them to put away the old leaven, “the leaven of malice and evil,” the leaven which tolerated sin in their midst.  Instead, they are called to keep the festival with the “unleavened bread of sincerity and truth.”  Evil has no place within the body of Christ.  “For you are not a God who delights in wickedness; evil may not dwell with you” (Psalm 5:4).

On the celebration of Easter, as the Church remembers the resurrection of Christ the Passover Lamb, Paul’s words should resonate in our ears.  Being a Christian is not a matter of personal conviction only.  As the body of Christ, Paul calls for us to also put away the leaven of evil from our midst.  Evil is not something trifling or trivial, but should be resisted.  Yet in striving to put away the old leaven, Paul also reminds us that in doing so, “his spirit may be saved in the day of the Lord” (1 Corinthians 5:5). 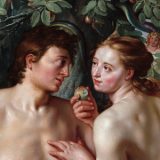