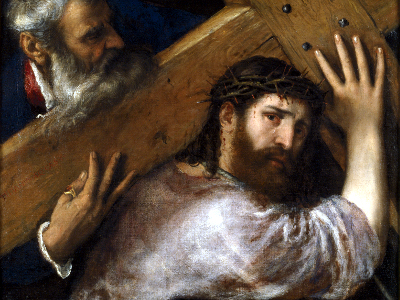 Philippi brought much joy through much sorrow to Paul.  While it seems that Paul passed through this Macedonian city on several occasions, on his first visit, he proclaimed the Gospel to the wealthy Lydia, who was baptized with her whole household (Acts 16:11-15).  Yet this joyful event soon met with trouble, for when Paul exorcised the demon possessing a slave girl, he and Silas suffered at the hands of Gentiles and were thrown into prison (Acts 16:16-24).  Even here, however, in the midst of suffering within the prison, the Lord in His providence brought the jailer to faith.  After he and his household were baptized, Paul and Silas left the city (Acts 16:25-40).

Years later, however, when Paul had been imprisoned, the saints at Philippi, who may have still included those who first believed when Paul was in the city, sent him a gift by the hand of Epaphroditus (Philippians 4:14-20).  Having heard of Paul’s situation, they sought to do what they could to support him, even though they could not free him.  Such a gift, as Paul said, was not as important in terms of the gift itself.  After all, “I can do all things through him who strengthens me” (Philippians 4:13), by which Paul means that no matter the circumstances—poor or rich, hungry or sated, and so forth—Christ remains as our goal.  But the “fruit that increases to your credit” is a “fragrant offering, a sacrifice acceptable and pleasing to God,” because the gift is a sign of the living faith that sent it. Paul desired that that gift—the faith which they had—would abound more and more, and this is the primary concern of his letter.

The primary concern for Paul seems to be disunity or at least the potential for disunity within the Philippian church.  Paul, after all, calls for them to “complete my joy by being of the same mind, having the same love, being in full accord and of one mind” (Philippians 2:2).  The letter, however, exudes joy and rejoicing, and there is no clear indication of a clear rebuke as in his other letters.  His exhortation to unity, therefore, seems to be one applicable to the Church in every situation rather than in explicit division.  To be a part of the Church is to have the mind of Christ, and such a mind exhibits itself in Spirit-given unity.

Paul presents Christ as a clear example to the Philippians for imitation.  Christ, who “was in the form of God,” emptied himself and became like one of us when He was born of the Virgin Mary.  He who had far more right than any of us for being exalted above others, since He is God Himself, chose instead to lower Himself for us men and for our salvation.  Because of this, the Father now exalts His name far above all names, because Christ won our salvation.

One thing that I think we need to be careful about, however, is how we understand Christ’s obedience and humbling.  Obedience is not the same thing as being a push-over.  Conformity to the will of God does not mean obliterating our will and filling it with the will of God.  Obedience to God for us means a renewal of the will.  Christ was not an automaton, but the perfectly willing Son of the Father, because they were of one mind.  If we understand Christ’s humility as getting pushed around, then many of His actions, like entering Jerusalem publicly as a king, make no sense.  But when we understand the humility of Christ as part of His willing obedience to the will of the Father, then there is no contradiction.  Christ is the King who desires to take up the cross, because it is the will of God to redeem man through the Lamb of God.

Christians should not interpret being of one mind, therefore, as meaning self-obliteration either.  Rather, conformity to the will of God means that the whole man, including the will, follows after Christ.  The righteous man desires what God desires, because he walks the same way that God is walking.  Therefore, the whole Church also has one mind in Christ Jesus, because she desires what her Lord desires. 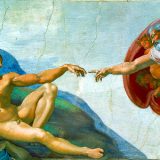 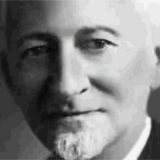 The Lutheran Pastor
Scroll to top