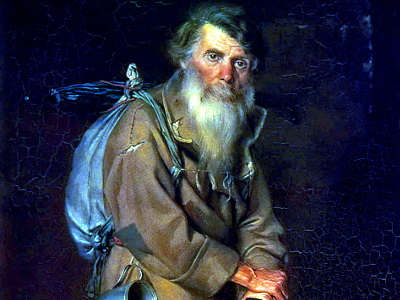 First, God’s people are exiles and sojourners during this life.  On the one hand, because all things belong to the Lord, we have all of the things in our possession as stewards rather than masters (Leviticus 25:23).  Being stewards, our stewardship is temporal and will eventually pass away.  The material things of this life will no longer be ours someday, no matter how much anxiety and care we expend on them (Luke 12:20; Psalm 39:6).  On the other hand, our promised inheritance is not earthly, but heavenly.  Our citizenship is in the heavenly city, which means that we are living in a land away from our homeland, exiles by definition (Hebrews 11:13-16).

But if we are citizens of a heavenly homeland, how can we live as if we were in the world?  The passions of the flesh wage war against the soul, warns Peter, because giving in to them means showing our true allegiance.  Living in a worldly way while claiming to not be of this world is a contradiction in terms.  “Do not love the world or the things in the world.  If anyone loves the world, the love of the Father is not in him” (1 John 2:15).

Peter exhorts his hearers to honorable conduct for this reason.  Living as heavenly citizens means living blamelessly in the eyes of men.  There should be nothing which men can justly claim against us.  Pastors especially must be “above reproach” (Titus 1:7), but no Christian should live in such a way that invites condemnation (Philippians 2:15).  The world will still slander Christians, because they are not of the world and therefore are hated by it (John 15:19; 1 John 3:13).  But “blessed are you when others revile you” (Matthew 5:11-12)!  Living blamelessly, as lights shining in the darkness, means that the world will “see your good works and give glory to your Father who is in heaven” (Matthew 5:16), because the day of the Lord’s return will reveal those works for what they truly are.

This, then, brings Peter to his discussion of being subject to worldly authority, which was the primary focus of last week’s reading.  Christians submit to the earthly authority because they are obedient to their heavenly authority.  They belong to a heavenly kingdom and remove all opportunity for slander or for legitimate condemnation by living peacefully with all men.  Their freedom is not a “cover-up for evil,” a freedom which casts off restraint.  Rather, it is the freedom of being the sons of God (John 8:36).  We are no longer the slaves of sin (Romans 6; 1 Corinthians 7:22).  In doing good in the world, even as exiles, we heap burning coals upon the heads of our enemies (Romans 12:20). 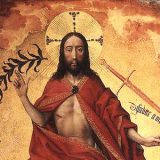 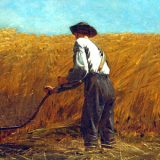 Witnessing to Christ
Scroll to top