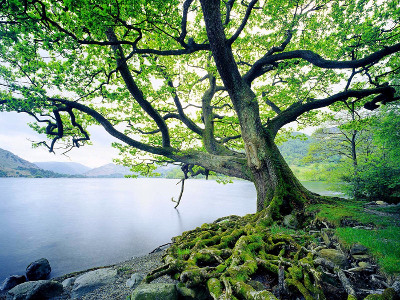 The Psalms are the prayerbook of the Church, meant to instruct, comfort, and build up in every situation.  Stretching from the days of David until Israel’s exile, they glorify and praise God, the heavenly King.  The first Psalm forms a fitting header, not only for the first book of the Psalms (1-42), but also for the Psalter as a whole.  It has no inscription, but its position in the whole book suggests that it may have been written close to the time when the Psalter as we have it was put together.  Since I personally think that this happened near the days of Ezra and Nehemiah, Psalm 1 fits with Ezra’s emphasis on the renewal of the Law (Ezra 7, for example).

Psalm 1 opens with a common division found in the books of wisdom: the way of righteousness and the way of wickedness (Proverbs, written largely by Solomon, frequently calls these ways wisdom and foolishness, as in Proverbs 1:7).  Thus, the psalm reflects on the differences between these two ways, comparing one against the other in a way that leaves no middle ground.  One is either in the way of the righteous or in the way of sinners.

The righteous man does not go in the way of wickedness, described first by the psalm writer in a series of verbs:  “walk,” “stand,” and “sit.”  To “walk in the counsel” of the wicked suggests listening to their foolish words and to base one’s actions around them.  It may also have the sense of beginning to listen to their words, since the movement of these three verbs slows to a stop.  “Standing in the way of sinners” would therefore mean leaving the way of righteousness, followed closely by “sitting in the seat of scoffers,” implying that the transition is complete.  Instead of passing by, this man has taken a seat among the chatterers, the scoffers and mockers, and is now fully within their assembly.

But this is what the righteous man does not do!  He is happy or blessed (related to the name Asher in Genesis 30:12-13), because his delight, his treasure is in the Law of the Lord.  Torah, which is often translated as Law, is not an imposing structure hanging over us, the way the idea of law is frequently presented.  Rather, it is closely related to a word either translated as “to throw or to shoot” (1 Samuel 20:36, for example).  Like an arrow, then, the Law has a direction or trajectory.  It is a description of the way of righteousness as a whole.  Delighting in the Law, then, is not rejoicing about a set of rules, but a joy in the way which leads to life rather than death.  The commandments of the Law are part of this way, studied by all who delight in them.

This study of the Law shows itself in meditation, or rather, reading aloud.  The verb translated here as “meditates” in many translations means something like muttering, the kind of voice someone uses when they read aloud to themselves.  Since the same word is translated as “to plot” in Psalm 2:1, it also has the idea of quiet talking, the way the conspirators there would mutter and talk among themselves.  For the righteous man, however, this muttering day and night reflects a constant reading aloud of the words of the living God.  He is not thinking about them in an abstract way, but has the very words of God on his lips constantly.  To meditate on the Law means to be in the Scriptures.

When he is in the Scriptures like this, he is like a tree planted by streams or canals of water.  The tree thrives and prospers, not because it is a tree, but because it is by the water.  Being away from this water means withering and drying up.  He also bears fruit at the proper time, suggesting growth and maturity.  His fruit, his good works, created and sustained by the Word, come according to the will and the timing of God (Ephesians 2:10).

His success is a direct contrast to the image of the wicked rather than a worldly success.  The wicked man is like chaff, separated from the wheat and fit only to be burned or blown away.  It is impermanent and quickly forgotten.  Even if the wicked seems to prosper in this life, his end will come to nothing.  The one rooted in the waters of Scripture, however, endures, because the Word of the Lord endures forever.

The psalmist closes with an important warning.  Those who walk the way of wickedness will perish, because the judgment of the Lord is coming which will sweep them away.  They will not be able to endure the day of His coming and will be separated from the congregation.  Woe to those who scoff at the way of the Lord!  Yet the righteous find comfort, because the Lord knows them.  They are in His hand, and no one can take them out of it (John 10:28-29).

Psalm 1, therefore, is a fitting prayer for a Christian for two reasons.  It emphasizes, on the one hand, the delight of remaining in Christ and His Word.  Jesus endures as the one who gives us living waters.  Whoever hears the Word of God and keeps it will never see death!  It also emphasizes, on the other hand, the importance of guarding against evil and the way of death.  “Set a guard, O Lord, over my mouth; keep watch over the door of my lips! Do not let my heart incline to any evil, to busy myself with wicked deeds in company with men who work iniquity, and let me not eat of their delicacies” (Psalm 141:3-4)! Thus, the Lord sets us in the way of life, and the Lord brings us to Himself, strengthening us through His holy Word. 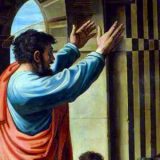 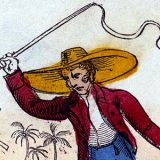