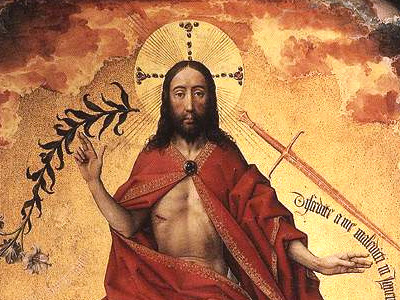 The sovereignty and lordship of God forms the backbone of the entire Psalter.  In the midst of the troubles and uncertainties of life, the Lord reigns as king.  When the righteous seek after God and pray to Him knowing that He will hear, the Lord reigns as king.  No matter the circumstances, the Lord remains firmly in control of all things.  Psalm 2, therefore, may be considered as a second introduction to the whole book, because it powerfully introduces this recurring and important theme.

This Psalm may be divided into four sections with three verses each.  In such a division, the Psalm moves in a clear thought pattern:  (1) the nations conspire against the Lord and His anointed king; (2) the Lord establishes this king nevertheless; (3) this king reigns victorious over his enemies; and (4) the nations should repent and submit to the king.  This pattern also gravitates toward the middle, where the focus is on the coronation.  The Lord establishes the reign of this king, and he reigns triumphant for this reason.

In the first section, therefore, the Psalmist describes the conspiracy of the nations.  They are “restless,” a word used only here in the Old Testament, and the peoples “plot in vain.”  As noted in the study on Psalm 1, this word translated as “plot” means something like “muttering.”  The righteous man in Psalm 1 mutters the Word as he focuses on it.  The wicked here mutter among themselves as they seek to cast off this king from ruling over them.  Yet they are not merely muttering against the Lord’s anointed king, but also against the Lord Himself.  As Moses told the Israelites who complained:  “Your grumbling is not against us but against the Lord” (Exodus 16:8).  To grumble against those whom the Lord establishes is to also grumble against the Lord who established them in the first place.

However, the Lord responds to their muttering with laughter.  This is not the laughter of happiness, but the laughter of derision.  The Lord laughs at the wicked who conspire against Him because they imagine that they can actually fight against what the Lord establishes.  In His burning anger, the Lord will make the conspirators flee in a panic.  They will not be able to accomplish what they desire, because what the Lord causes to happen will happen without question.  The Lord sets His king, more literally “pours out,” likely in an act of consecration.  Zion, the holy hill of the temple, also shows that this consecration is not merely a worldly event.  The Lord establishes this king in the very place of His presence, for Zion is holy because the Lord is there.

Out of all of the sections of this Psalm, the third section most clearly reveals the identity of this king.  The Lord says to this king, “You are My son, this day I have fathered you.”  Few other Psalms are quoted as often as this one in the New Testament.  It is cited directly in Acts 13:33, Hebrews 1:5, and 5:5, all in reference to Christ.  The Gospel writers also allude to it at key moments within the earthly ministry of Christ, notably His Baptism (Matthew 3:17; Mark 1:11; Luke 3:22) and His Transfiguration (Matthew 17:5; Mark 9:7; Luke 9:35).  Jesus reigns as king in Zion even in the midst of His enemies, all of whom will finally be placed under His feet.  His judgment against them means the destruction of those who oppose Him, shattering them like a pot.  Every knee will bow at the name of Jesus (Philippians 2:10-11), whether to their shame or to their joy.  Establishing the kingdom of God is as much about extending who belongs to that kingdom as rendering justice on those who do not.

Additionally, the promise of the nations as inheritance and the “ends of the earth” as property show that this is not an ordinary king.  Even apart from the clear testimony of the New Testament, this passage alone shows that a greater than Solomon is here.  Solomon’s kingdom had definite, if expansive, borders (1 Kings 4:21).  He ruled over the earthly kingdom in its greatest extent, but even he could not claim to rule over all the nations.  This is not hyperbole, either.  Christ reigns and will reign over all the nations of the earth, because He is the King of Kings without peer or rival.

The final section of the Psalm exhorts the same nations to submit to the king.  Kings and judges of the earth, the heads of the nations, should gain insight.  “The fear of the Lord is the beginning of wisdom, and the knowledge of the Holy One is insight” (Proverbs 9:10).  Serving this king means walking in the way of the Lord.  Yet this service and joy comes with fear and trembling, because the fear of the Lord means fearing Him who can cast both body and soul into hell (Matthew 10:28).  Christ will return as judge, and the coming wrath means that the wicked will perish.  But Christ is also our refuge and strength, a very present help in trouble.  Those who fear Him as their King fear no man because Jesus is their Savior.

Christians can pray this Psalm confidently as a testimony to the kingship of God.  Even when the enemies of God seek to overwhelm, they are not able to overturn anything which the Lord does.  Further, just as this Psalm centers on the coronation of the king, so also the coronation of Christ, so prominent a theme in the New Testament, comforts us.  His reign as king means not only that He is in control, but also that there will be justice for His people. 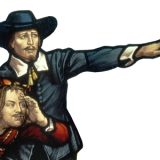 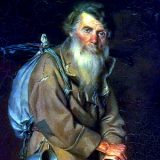