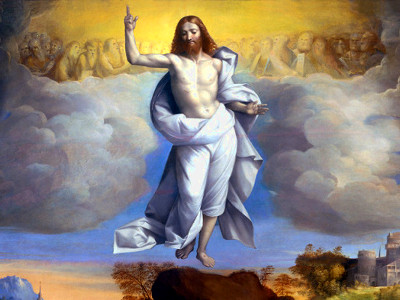 While the book of Acts and the Gospel of Luke are closely connected and written by the same author, Luke seems to have composed them separately.  Luke 24:50-53, for example, includes a brief synopsis of the Ascension, while Acts 1:1-3 equally briefly recounts the events of Luke 24.  The purpose of each book, however, is different.  In the Gospel, Jesus begins to work and teach, while in Acts, Jesus continues to work and teach through His Church.

The ascension, therefore, is not Jesus disappearing from the scene until the Second Coming.  Christ ascends so as to be nearer to His Church.  “Nevertheless, I tell you the truth:  it is to your advantage that I go away, for if I do not go away, the Helper will not come to you.  But if I go, I will send Him to you” (John 16:7).  The sending of the Holy Spirit closely follows, because Jesus sends His Church into the world to be His witnesses.

Christ ascending into heaven also figures as one of the most important events within the New Testament, ranking next to His death and resurrection.  Having gone up into heaven, He sits down at the right hand of God.  In this moment, Christ receives the glory and the reward for His work.  All things have been put under His feet (Ephesians 1:20-23; 1 Peter 3:22).  “He was manifested in the flesh, vindicated by the Spirit, seen by angels, proclaimed among the nations, believed on in the world, taken up in glory” (1 Timothy 3:16).  Christ’s victory also consoles His Christians in the world.  Paul, for example, connects all three as proof that Christ intercedes for us (Romans 8:34).  Those who belong to Him seek the things which are above, because Christ is there at God’s right hand (Colossians 3:1).

It is, however, easy to misunderstand the purpose of Christ’s ascension.  The disciples, thinking in terms of the world, imagined that Christ’s enthronement meant that all things would be set in order immediately.  They did not understand that Christ reigns in the midst of His enemies (1 Corinthians 15:25).  While Christ’s reign is perfect, it still expands and grows through His work in the world.  When the fullness of the kingdom will come is not for His Church to know.  But how this will come to pass is the work of the Church in this age.  The power of the Holy Spirit sends the Church out to the very ends of the earth to bear witness about what has been seen and heard.

The angels who gently rebuke the apostles point toward this reality.  Christ disappearing behind a cloud is not the end of His work.  He “will come in the same way as you saw him go into heaven” when He returns to judge the living and the dead, an office given to Him as a consequence of His death and resurrection (Romans 14:9).  Prior to that judgment, however, Christ sends the Spirit to send His Church.  “And the word of God continued to increase, and the number of the disciples multiplied greatly in Jerusalem, and a great many of the priests became obedient to the faith” (Acts 6:7).  “And when the Gentiles heard this, they began rejoicing and glorifying the word of the Lord, and as many as were appointed to eternal life believed. And the word of the Lord was spreading throughout the whole region” (Acts 13:48-49).  “So the word of the Lord continued to increase and prevail mightily” (Acts 19:20).  This mighty, living, active Word continues to grow in the world, because the ascended Jesus sits at God’s right hand. 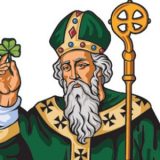 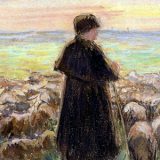 Paul the Pastor
Scroll to top