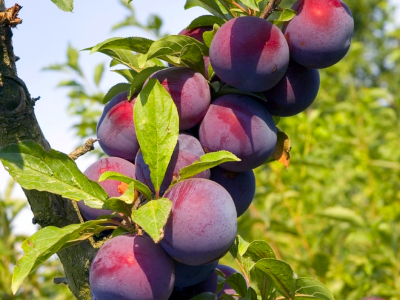 John writes to Christians struggling with the assaults of separatists. While it is not clear exactly what caused them to leave, John tells his hearers that “they went out from us, but they were not of us; for if they had been of us, they would have continued with us” (1 John 2:19). Perhaps they denied the divinity of Christ (1 John 2:22) or claimed to be sinless in some way (1 John 1:8). Whatever the cause, their spiritual fruits ripened into hatred for their Christian brothers. Despite their high-sounding theology, the tree was dead and hollow inside. Right doctrine produces a living fruit, because it is of God.

But there can be no peace between the world and those who belong to Christ. “If you were of the world, the world would love you as its own; but because you are not of the world, but I chose you out of the world, therefore the world hates you” (John 15:19). Cain, as John says, proves this point: Cain murdered Abel because Abel was righteous (1 John 3:12).

Yet how can one tell the difference? How is it possible to distinguish between those who belong to the world (even if they claim to belong to God) and those who belong to Christ? John clearly and emphatically says here that the distinguishing mark is love. “Whoever does not love abides in death.” Love, however, in the present context, has become a weasel word. The world defines love according to a generic and all-embracing tolerance. Yet this sort of love by the world’s standards is self-serving. Even in its claim to embrace diversity, it either puffs up in self-righteousness or desires to protect itself by giving all an equally valid claim. Because it belongs to the world, it can tolerate all that is like the world, but it cannot abide that which belongs to God.

Christian love, however, is self-denying. “By this we know love, that He laid down His life for us, and we ought to lay down our lives for the brothers” (1 John 3:16). Christ died for us while we were still His enemies in order to make us into a new creation. While even the world knows a kind of selflessness, so that there have been noble sacrifices, Christ laid down His life for His bitterest enemies who wanted nothing to do with Him. “For if you love those who love you, what reward do you have? Do not even the tax collectors do the same” (Matthew 5:46)? Christian love, therefore, is not about embracing those Christian brothers we personally like, but all who have come to know Christ.

Therefore, as John says, “if anyone has the world’s goods and sees his brother in need, yet closes his heart against him, how does God’s love abide in him” (1 John 3:17)? On the one hand, it should be said here that the Bible does not advocate for wealth redistribution in the modern sense. It is not evil to be rich or poor. Even the Church after Pentecost was not aiming for an economic middle. “They were selling their possessions and belongings and distributed the proceeds to all, as any had need” (Acts 2:45). In other world, the money raised from selling property was used for the relief of the poor, not to put everyone in the middle. Christian charity is not about social leveling, but using what has been given to us in trust as a means of helping our neighbor. What we have belongs to God (Psalm 50:10-11). “For I do not mean that others should be eased and you burdened, but that as a matter of fairness your abundance at the present time should supply their need, so that their abundance may supply your need, that there may be fairness. As it is written, ‘Whoever gathered much had nothing left over, and whoever gathered little had no lack’” (2 Corinthians 8:13-15).

On the other hand, what John warns against is seeing such a need and having the opportunity to take care of a brother, yet doing nothing. Worse still is the one who claims to love God while neglecting those closest to him! “Hear this, you who trample on the needy and bring the poor of the land to an end, saying, ‘When will the new moon be over, that we may sell grain? And the Sabbath, that we may offer wheat for sale, that we may make the ephah small and the shekel great and deal deceitfully with false balances, that we may buy the poor for silver and the needy for a pair of sandals and sell the chaff of the wheat” (Amos 8:4-6)? Such a one, despite all his claims, actually belongs to the world, because he does not show love to his brothers.

“Little children, let us not love in word or talk, but in deed and in truth” (1 John 3:18). A living confession is not found only in words, but also in action. A living faith cannot help but produce the fruits of the Spirit. While it may seem odd to point to these fruits in the midst of division, this is what John does. They are the evidences of faith and a sure sign of who belongs to God. Yet John also points us to God “who is greater than our heart” which condemns us and to the indwelling Holy Spirit. The fruits of faith do not produce faith. The fruits of faith prove that God is at work among His people. 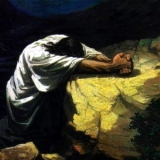 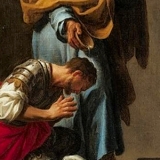 The Relevance of Acts
Scroll to top