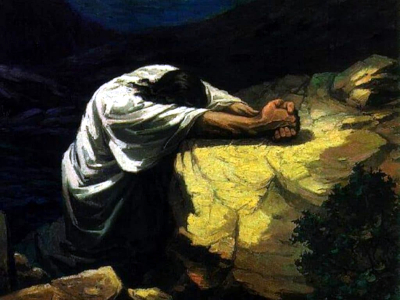 The ancient Christians classed Psalm 6 as the first of the seven penitential psalms, for good reason.  In it, the psalmist calls upon God to turn away from His burning anger and to look upon him with favor.  Whatever may be causing such distress in the psalm itself is somewhat beside the point.  Physical sickness, the attack of enemies, fear of the final judgment, fear in the midst of disaster, all of them in the end boil down to the same basic cry:  “Lord, do not rebuke me in your anger!”

Psalm 6 opens with a clear petition:  “Lord, do not rebuke me in Your anger, and do not chastise me in Your wrath.  Favor me, Lord, for I am frail.  Heal me, Lord, for my bones are terrified.  And my soul is exceedingly terrified.  But you, Lord, how long?”  It is most likely that the psalmist is being assaulted by enemies, judging by the end of the psalm.  But this is a cry of a soul suffering under God’s wrath, not merely suffering at the hands of men.  It is the Lord who rebukes and chastises David.  The terror in his bones emphasizes the depth of this fear:  it is not merely a formality or psychological, but a deep and abiding fear of the wrath of God.  How long is this going to go on, Lord?  It seems like God is distant and turned away from him in anger.

Note, however, that David does not ask God to stop rebuking or chastising him.  Rather, “do not rebuke me in Your anger,” that is, in wrath visited upon sin.  The Lord rebukes His elect, but for a different reason.  “It is for discipline that you have to endure.  God is treating you as sons.  For what son is there whom his father does not discipline” (Hebrews 12:7)?  Through such discipline, the Lord teaches.  “I gave you cleanness of teeth in all your cities, and lack of bread in all your places, yet you did not return to me, declares the Lord” (Amos 4:6).  Therefore, we should not flee away from suffering as if it was repulsive and necessarily bad, and this includes the experience of God’s discipline.  A God who only gives us positive experiences, or negative ones that quickly give way to positive ones, is not the God of Scripture.  Through the experience of God’s discipline, the Lord teaches us to rely upon Him above all things.

“Return, Lord, rescue my soul.  Save me on account of your steadfast love.”  David has no recourse before the Lord except His steadfast love.  If God were to turn away from His elect, His honor and glory would perish.  But the Lord is steadfast, even in the midst of intense trial.  He turns away His face from His sons to show them that He will not forsake them.  “For his anger is but for a moment, and his favor is for a lifetime.  Weeping may tarry for the night, but joy comes with the morning” (Psalm 30:5).

“For in death there is not remembrance of You.  In Sheol, who will praise you?”  This cannot mean that the dead are insensible or nonexistent, for the souls cried out from under the altar, just as the blood of Abel cried out from the ground (Genesis 4:10; Revelation 6:9-11).  Rather, “remembrance” may also be translated as “mention.”  Remembering the Lord is not simply recollection, but calling to mind before the whole congregation what the Lord has done.  God does not, after all, simply think about Noah when He remembered him and those with him in the ark, but sent the winds to push away the waters of the flood!  If remembrance implies action, then those who are dead are no longer able to do what only the living can do:  praise God by recounting His glorious deeds out loud.

“I am weary with my sighing.  I cause my bed to swim the whole night.  With my tears I flood my couch.  My eye has become dark with grief.  It grows old from all my attackers.”  David emphasizes the intensity of his contrition.  Not only do his tears flow without ceasing in grief over his sin, but he also “grows old” under the strain.  I think this should be understood in the same way we use expressions like “this will give me gray hairs.”  David’s contrition and the desire to see God’s face again is more than he wants to bear.  It drives him back to the Lord and causes him to call upon Him without ceasing.

But at this point, there is a remarkable shift.  Something has occurred.  “Go away from me, all you doers of wickedness, for the Lord has heard the voice of my weeping.  The Lord hears my pleading.  The Lord accepts my prayer.”  His enemies can no longer trouble him, because he knows that the Lord has heard his cries.  It may be that his weeping has turned to trust, recalling the steadfast love of the Lord.  It may also be that he has heard the voice of another, just as Hannah heard the voice of Eli, causing her to rejoice that she had been heard (1 Samuel 1:15-18).  Whether internal or external, the psalmist leaves behind his weeping and knows that the Lord remains with him, even in the midst of distress.

“Ashamed and exceedingly terrified are all my enemies.  They will turn back and be put to shame quickly.”  It is rather remarkable here that everything has turned around.  The Lord has turned from facing away from David to facing toward him.  His enemies turn away from facing him and now face away in terror.  David’s terror has passed, and his enemies are terrified before the Lord.  While the reversal did not happen in an instant or the course of a few minutes, the Lord turns everything around.  Even the last sentence shows this with wordplay that cannot be translated into English.  The words for “turn back” and “be put to shame” share the same basic letters in Hebrew, but the order flips around here.  Even the words themselves emphasize this great reversal!

Christians should therefore pray this psalm in the midst of all their troubles.  “For the Lord will not cast off forever, but, though he cause grief, he will have compassion according to the abundance of his steadfast love; for he does not afflict from his heart or grieve the children of men” (Lamentations 3:31-33).  Though we suffer justly for our sin, the fire of God’s discipline purifies rather than consumes, and through it we will offer up sacrifices of prayer and praise in righteousness (Malachi 3:3). 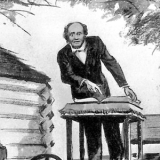 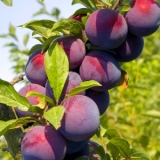