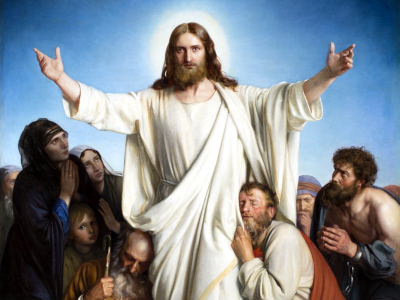 In the previous pericope, Paul underscored the connection between Baptism and the new life.  Because the Christian is baptized into Christ, becoming like Him in all things, he no longer sins by necessity.  Sin no longer has dominion over the Christian, just as it has no dominion over Christ.

As Paul says in Romans 6:6-7, the Christian is no longer enslaved to sin.  Romans 6:12-18, strangely excised from the lectionary, amplifies this point.  Sin no longer reigns, but the Christian who is lax runs the risk of falling back under its dominion.  “Do not present your members to sin as instruments for unrighteousness” (Romans 6:13).  Paul personifies sin here in this section of Romans, making it not a personal failing, but a vicious master.  If one does not have God for a master, then sin will be the master.

The imagery of slavery, though used “because of your natural limitations,” shows the seriousness of Paul’s exhortation.  The Christian is a slave of God.  Our modern aversion to this concept should not color Paul’s point.  If the Christian is a slave, then his obedience is not a matter of choice.  He must obey the master who owns him.  To disobey God, therefore, and to turn toward sin is to run away.  Instead of laboring in the vineyard of the Lord, the Christian who willfully sins leaves the garden in a vain search for something “better.”  Outside the vineyard is only death.

This is especially true for the Christian who imagines that grace removes the need for obedience.  Antinomianism, seeking to magnify the free gift of God in Christ Jesus, slaps God in the face.  The antinomian says to his Father, “I go, sir,” but does not go (Matthew 21:30).  Salvation is not an absolute liberty to do whatever you please.  Salvation is a transfer of masters.

Further, each one will receive his wages, whether he is a slave of sin or a slave of God.  After all, lawlessness leads to more lawlessness, compounding upon itself, and righteousness leads to sanctification, also compounding upon itself.  If lawlessness grows, its fruit ultimately is death (Romans 6:21).  But righteousness also grows, and its fruit is life (Romans 6:22).  This is why it is so serious a matter when a Christian falls back into sin.  Sin is not messing up.  Sin leads to death, and the two ways of life and death do not have the same end.  It is not wandering on a road that more or less leads to heaven, but turning aside and walking down a road that leads anywhere but.

Paul says all of this to avoid a misunderstanding.  Being set free from the Law is not being set free from the demands of the Law, but rather its curse.  We seek after the Law, because it is holy, it is God’s will, not as a means of justifying ourselves.  God’s mercy is certainly magnified when He shows it to an undeserving people, and the Law shows our unworthiness.  Yet God is never glorified by sin.  Let us be careful lest, seeking to magnify God, we actually magnify our own sin.  God has not redeemed us to seek the way of death, but to turn from our wicked ways and live. 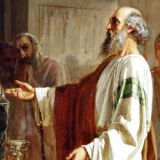 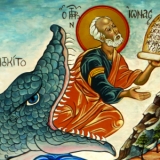 Jonah the Prophet
Scroll to top