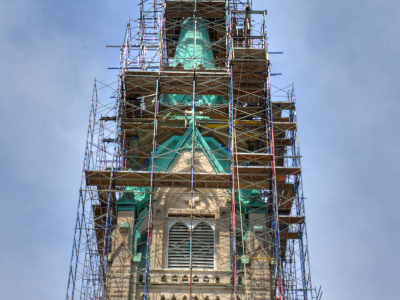 God’s gifts are never meant to be a reason for pride.  Sin uses them as an opportunity to cause divisions within the Church when they are meant to unite.  Paul gives a number of reasons why this ought to be so.

First, we are part of the Church because of grace and mercy alone.  The Corinthians in particular had been actual idolaters prior to knowing Christ.  All men, however, were once pagans and enemies of God.  No one is able to actually confess that Jesus is the Lord apart from a real and living faith which can only come from God.  Using God’s gifts as an opportunity to set ourselves apart within the body and cause division is to imagine that we are owed something, which even our very salvation shows that we are not.

Second, distinctions within the Church by no means divide its unity, because distinctions between the Persons of the Most Holy Trinity by no means divide His unity.  God has revealed Himself as three Persons–Father, Son, and Holy Spirit–yet there is only one God.  The mystery of who God is translates also to His Church, because she is in Him.  Our different gifts all flow forth from the same source.  One God, one Church, one faith.

Third, all of these gifts come from God according to His will.  They do not belong to us so that we may use them as we please.  If one person has a particular gift, that is according to God’s will, not to some innate ability.  No one therefore has a “right” to express themselves within the Church.  God gives all gifts according to His plan for His Church, both in kind and in degree.

Fourth, God’s gifts are meant to build up the Church according to His good pleasure.  If they come from God in the way He desires, then He also desires them to serve a specific purpose.  God may choose to deliberately limit how much a particular gift serves the Church, because it will do what He has sent it to do.  God’s gifts are never wasted or neglected, because they are His and His alone.  If we exercise them, we do so according to His pleasure and purpose.  In that way, no gift ever destroys the unity of the Church, because no gift is ever used contrary to God’s will.

Fifth, the spiritual gifts of God are individual and particular.  No man ever possesses all of them at the same time.  We depend on each other just as much as we depend on God, because we are His body.  There can be no room for pride when we recognize that we are not individuals before God.

Finally, as Paul will go on to say especially in 1 Corinthians 13, because all of these gifts belong to God and are given according to His will, we should not expect any of them.  Some of these gifts have passed away, because they have served the purpose for which God sent them.  Speaking in tongues and miracle working, for example, may still arise if God so wills it, but using them in a way which causes division misunderstands why they were sent in the first place.  God’s gifts are not a cause to boast, but a way to build up in love.  When they pass away, and they will pass away (1 Corinthians 13:8), the partial will give way to the perfect.  Love will abound even as the gifts which built it up pass away, because God gives them so that we may love one another. 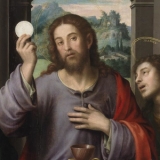 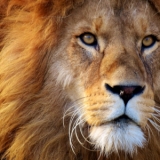 Amos and the Justice of God
Scroll to top