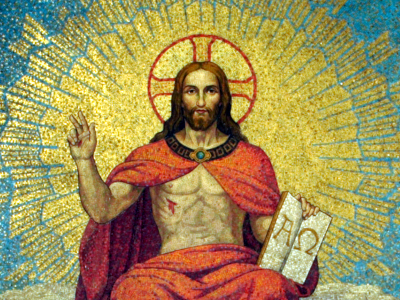 Glory, majesty, power, dominion—all words used to describe the Lord and His perfect reign on earth. Yet God’s ways are not our ways, and the wisdom of God is foolishness to men (Isaiah 55:8-9; 1 Corinthians 1:20-25). God’s majesty and glory display themselves in unexpected ways. This reality prompts two important questions for the Christian. How and why does the Master of the whole creation take notice of such seemingly insignificant creatures as we? Why do the words of God and our present reality not seem to match up with each other? David addresses both these questions in Psalm 8.

This short psalm is unique in being entirely a direct address to the Lord. While other psalms certainly address God directly, they also speak directly to other men, whether calling on the congregation to praise the Lord for what He has done, calling on the Lord’s enemies to repent, or for some other reason. Therefore, Psalm 8 has the characteristics of a hymn, down to the repetition of the opening at the end as well as its three-part structure.

The very first word of the psalm proper is the divine name: “O Lord, our Lord,” or perhaps more to the point “O Jehovah, our Lord.” By opening and closing this psalm with God’s revealed name, David centers the answers to his questions in that name. God’s name is more than just a way to distinguish Him from others. God’s name expresses both who He is and what He has done. “Oh give thanks to the Lord; call upon His name; make known His deeds among the peoples” (Psalm 105:1)! God’s name has the power to save (Acts 4:12).

This name is “majestic” in “all the earth.” The creation itself bears witness to the works of God. Even Paul’s point that God’s perfect witness in the world leaves all without excuse (Romans 1:20) demonstrates that His majesty is not limited to believers. His specific glory is the redemption of His people, but His general glory also flows forth from His work of creation. The world endures because God reigns over it (Psalm 65:9-13). God’s glory, which can also be rendered “cloak” as in 1 Kings 19:13, envelopes everything, even the mighty heavens.

Yet, in the first section of the psalm, David clarifies that this glory does not express itself in expected ways. Though we might associate glory and power with human strength, God casts down the mighty and exalts the lowly. “Out of the mouth of children and infants you have established strength” (Psalm 8:3). Jesus rebukes the chief priests and the scribes with this verse, since they regarded the praise of children as shameful. Having worldly significance means nothing in the eyes of God (1 Samuel 16:7). The strength of children comes from having the name of God on their lips, even when it is lisped or stammered.

This reversal prompts another important question in the second section and which is the key question of the entire psalm. David is evidently out under the night sky, since he mentions the moon and the stars and omits any mention of the sun. Few sights in this creation as the glory of the night sky have the ability to make men feel so small and insignificant. The numberless stars, the brightness of the moon, the limitless arm of our galaxy—all make us ask an important question: “what is mankind that you remember him, and the son of man that you visit him” (Psalm 8:5)?

It is impossible to interpret this Psalm correctly without noting Paul’s words in Hebrews 2:5-9, where he identifies the son of man with the Son of Man, Jesus Christ. Yet I think it is important to note that while this psalm applies specifically to Christ, it also applies generally to the sons of men (a title also applied to Ezekiel in Ezekiel 2:1, etc). In fact, it is the transition from the general application regarding men in general to the specific application in Christ that answers the questions laid out by the Psalm.

Applied generally, then, the third section of this psalm describes the uniqueness of mankind with respect to the rest of creation. Man’s physical insignificance in the face of all that the Lord has created is offset by the Lord’s care and concern for Him. Because of God and God alone, man is what he is. The dominion given in creation does not belong to Adam because of something within him, but stems from God alone (Genesis 1:28). As the child whispering the name of God is stronger than the wicked man in all his worldly strength, so the importance of man stems from God’s words alone. God’s name from beginning to end makes us who we are, even as human beings.

Yet this is precisely the point where the other question comes into the forefront. Judging by our present reality, we no longer exercise the dominion given to Adam, or at least in an extremely fractured way. “Is the wild ox willing to serve you” (Job 39:9-12)? “Can you draw out Leviathan with a fishhook or press down his tongue with a cord” (Job 41)? Our present reality of sin shows that Psalm 8 is not a song of human triumph. The disparity between its words and our current mourning shows that it must look forward to something else.

This is why Hebrews 2 is so important for interpretation. Christ, the Son of Man, has been made a little lower than the angels. His dominion also awaits its completion, since “we do not yet see everything in subjection to Him” (Hebrews 2:8). But it is in Christ that we see the fulfillment. Jesus is man in the way that man is supposed to be. Adam was created in the image of God (Genesis 1:27), but Christ is the image of God (2 Corinthians 4:4; Colossians 1:15). Adam exercised dominion under God (Genesis 1:28), but Christ has dominion under the Father (1 Corinthians 15:24-27). In God and God alone, man finds the full expression of who he is as God’s creation.

Therefore, Psalm 8 is not a glorification of man, but of God. Though man seems childish and insignificant in comparison with God’s creation, Christ proves to us that God cares for us. The cross, foolish in the eyes of the world, is God’s visitation among men and the proof that we are His chief concern. Even if our lives seem small and unimportant, we bear the name of God. Bearing that name will mean bearing a cross, so that our experience will be one of weakness and seemingly contrary to God’s promises. Yet as God says, “My grace is sufficient for you, for my power is made perfect in weakness” (2 Corinthians 12:9). 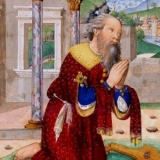 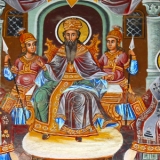 The First Council of Constantinople
Scroll to top