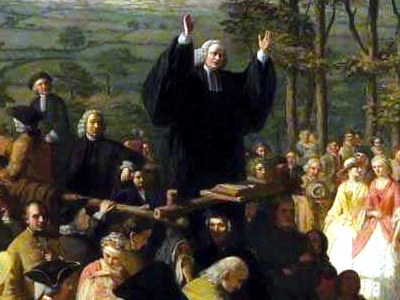 The Lord’s command, then, is clear. The second passage, Romans 10, further clarifies the importance of this mission. Throughout this section of Romans, Paul wrestles with the question of election. Why had the Jews, who were chosen by God, fallen away, while the Gentiles, who were separated from God, had come to know Him? Paul argues in Romans 10:12-13 that “there is no distinction between Jew and Greek; for the same Lord is Lord of all, bestowing his riches on all who call on him. For ‘everyone who calls on the name of the Lord will be saved.'” Salvation, therefore, is not a matter of human will or according to the flesh. Those who believe do so because God has chosen them from before the foundation of the world. The doctrine of election informs our understanding of mission. God does not choose men because we have preached the Gospel to them, as if we act and then the Lord confirms it. The Lord will without fail bring His elect to Himself, apart from every human consideration.

Yet the Lord uses us for His own purposes. Paul writes in Romans 10:14-15: “How then will they call on him in whom they have not believed? And how are they to believe in him of whom they have never heard? And how are they to hear without someone preaching? And how are they to preach unless they are sent? As it is written, ‘How beautiful are the feet of those who preach the good news!'” Follow the progression of Paul’s thought. All who call on God will be saved. Only those who believe in Him will call on His name. They can only believe in the God they have heard or know. They can only hear the Word when it is proclaimed. One can only proclaim what he has been sent to proclaim. It is therefore the Lord’s will that brings His elect to Himself, and yet it is through men that His calling goes out into the world. The mission of the Church is therefore not useless or secondary when viewed in the light of election. Rather, the proclamation of the Gospel takes on a new urgency. The Lord calls His elect through the voice of the preacher.

Paul goes on in Romans 10 to answer the overarching question about Israel’s hardening. His ultimate point, toward the end of Romans 11, is that Israel was hardened so that the Gospel would go out into the world and that salvation is by faith and not by works. There is nothing within ourselves that makes us worthy of the mercy of God. However, Paul wishes to show in Romans 10 that, even though Israel had heard the Gospel, they continued to resist. Paul says, “But they have not all obeyed the gospel. For Isaiah says, ‘Lord, who has believed what he has heard from us?’ So faith comes from hearing, and hearing through the word of Christ. But I ask, have they not heard? Indeed they have, for ‘Their voice has gone out to all the earth, and their words to the ends of the world.’ But I ask, did Israel not understand? First Moses says, ‘I will make you jealous of those who are not a nation; with a foolish nation I will make you angry.’ Then Isaiah is so bold as to say, ‘I have been found by those who did not seek me; I have shown myself to those who did not ask for me.’ But of Israel he says, ‘All day long I have held out my hands to a disobedient and contrary people.'” His words remind us that the Gospel we have been sent to proclaim is not our own. God works faith when and where He pleases. As Paul says in Romans 9:15: “I [the Lord] will have mercy on whom I have mercy, and I will have compassion on whom I have compassion.” The Gospel is not a magical formula that we can use to convert anyone we please. Some will hear and be hardened. Some will hear and bear abundant fruit.

Isaiah 55:10-11 emphasizes this point. The Word of the Lord accomplishes His purposes and succeeds in doing whatever He sends it to do. We should not imagine that God scatters His Word aimlessly, as if the sower in the parable in passages like Luke 8 was casting the Word with reckless abandon. God intends His Word to go exactly where He wants it to go and to do exactly what He wants it to do. Sometimes He sends it as a hard word, as when He sent many of the prophets. The Lord charges Ezekiel to speak His Word to His own people even though they would refuse to listen. Ezekiel 3:10-11 says: “Son of man, all my words that I shall speak to you receive in your heart, and hear with your ears. And go to the exiles, to your people, and speak to them and say to them, ‘Thus says the Lord GOD,’ whether they hear or refuse to hear.” Therefore, the Lord’s calling is to proclaim the Word in its fullness, both the hard word and the easy word. We cannot split up the proclamation. 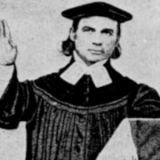 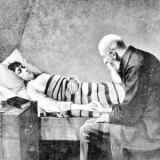