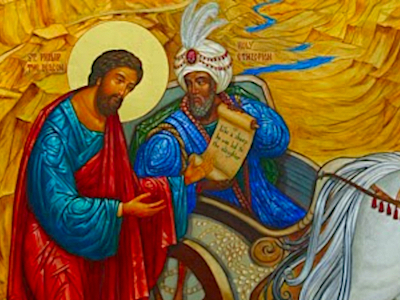 Once one recognizes his sin, the Spirit proclaims the word of reconciliation. The fourth passage for consideration is Acts 8:26-40. Philip provides an excellent example. “Now an angel of the Lord said to Philip, ‘Rise and go toward the south to the road that goes down from Jerusalem to Gaza.’ This is a desert place. And he rose and went.” Philip does not hesitate! Hearing the command of the Lord, he goes to the place where the Lord wants him to be. May we too be so quick to follow the will of our Master! Philip meets an important man from Ethiopia who was returning from Jerusalem. He probably feared God in some way, but his knowledge was obviously incomplete. Philip hears the eunuch reading from the book of Isaiah and asks him whether he understands what he is saying. When he then brings Philip into his chariot to help him, Philip proclaims Christ. “Then Philip opened his mouth, and beginning with this Scripture he told him the good news about Jesus.” Note what Philip had done. Following the call of the Spirit, Philip proclaimed Jesus Christ from the Scriptures. No one other than Christ is our hope and our salvation. Because the Lord willed for this man to believe in Him, the eunuch then desired to be baptized. The Sacraments are also part of the mission of the Church and should not be separated from it. Those who believe in Christ are made a part of the body of Christ. Mission work is never divorced from the life of the whole.

Because the work of the Lord is intimately connected with the church body, there is always the temptation to engage in mission work as a way of making things run better. Our church is not as big as it used to be, so we should evangelize the neighborhood. It is a dangerous way of thinking, because it regards people not as souls in need of Christ but as the means to keeping things going. Yet notice what Philip does after baptizing the eunuch: “And when they came up out of the water, the Spirit of the Lord carried Philip away, and the eunuch saw him no more, and went on his way rejoicing. But Philip found himself at Azotus, and as he passed through he preached the gospel to all the towns until he came to Caesarea.” It was the will of the Lord that Philip continue on his way, but that did not color the message that Philip proclaimed. The Ethiopian needed to hear about Christ, and Christ caused His Church to grow, even if he was no longer connected to Philip. Philip even preached the Gospel the whole way from Azotus to Caesarea, not seeking personal gain or glory, but being faithful to the Lord’s mission. Those believers were connected to the local churches, of course, because it is the Lord’s will for us to lift up holy hands in every place. It seems the most natural for those who hear our message to be attached to our local congregations, but it may be the Lord’s will for them to go somewhere else instead. Pray for a bountiful harvest, but let God hammer out the details. 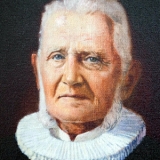 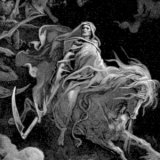