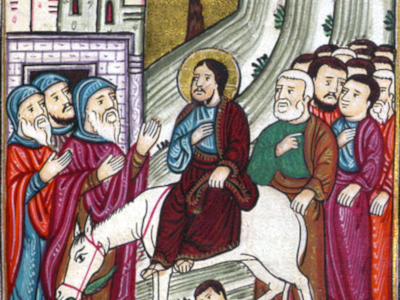 The choice of Matthew 21:1-9 for the First Sunday in Advent emphasizes the royal coming of Christ. As such, it is a choice driven by the demands of the season more than the text itself. Jesus entering Jerusalem figures prominently in the upcoming passion. The Son of David, humble and lowly, comes into His own. By extension, this can also be applied to His present reign, though it is important to remember that Christ sends His Holy Spirit among us now (John 16:7).

Christ began His final journey toward Jerusalem beginning at the Jordan (Matthew 19:1). Jericho lay a short distance to the east (Matthew 20:29), and a road going uphill in a southeasterly fashion went toward Jerusalem. Perhaps not incidentally, this eastward movement away from the Jordan River by way of Jericho happens often in the Scriptures (Two examples are Joshua 3, where Israel enters the Promised Land; and 2 Kings 2, where Elijah is translated opposite Jericho and then Elisha returns.). Even in His movement, the Lord fulfills the Scriptures.

Bethphage, literally “house of unripe figs,” appears to be a small village on or near the Mount of Olives. Christ would have been following the road heading southward into Jerusalem, suggesting that Bethphage lay somewhere nearby to the north or northeast. Jesus exercises His omnipotence by telling two of His disciples how and where to find a donkey in front of them.

Matthew clearly demonstrates how Jesus fulfills prophecy through this by citing Zechariah 9:9. In its original context, Zechariah prophesies against the nations which oppressed Israel. Tyre and Sidon, Philistia, Damascus—all will suffer the judgment when the King of Zion comes. His reign will be one of peace and “his rule shall be from sea to sea, and from the River to the ends of the earth” (Zechariah 9:10). Such a prophecy connects Him closely to Solomon. Solomon was a king of peace, since the Lord gave him rest on every side during the length of his reign (1 Kings 5:3-4). Solomon also ruled over Israel at its greatest extent (1 Kings 4:21), though not the fullest promised (Exodus 23:31; the second half of Joshua). Solomon’s apostasy showed that the Lord’s purposes had not yet come to their end, but now Jesus, riding as the Son of David, comes into the City of David to claim the throne.

Everything about this scene, however, shows how far the house of David had fallen. Christ is not a king who was rich like Solomon, but poor and lowly. A donkey, found in a common village, is His mount. As Isaiah prophesied about Immanuel, the boy born of a Virgin would eat curds and honey (much like the poor diet of John the Baptist), and not the sumptuous feasts of His royal predecessors (Isaiah 7:15).

The crowd which gathers about Him on the road north of Jerusalem, however, seems to look past His lowly state. Just as people laid their garments on the ground at the proclamation of Jehu as king, whom the Lord raised up to chastise the house of Ahab (2 Kings 9:13), so they also laid their garments before Christ, who would go on to chastise the money-changers in the temple (Matthew 21:12). Then with the words of Psalm 118 in their mouths, they cried out before Him.

“Hosanna” is a Hebrew word, meaning “save us.” (This makes it, as a side note, related to the name Jesus, which in Hebrew is more like Joshua, “the Lord saves.”) Its usage here as “Hosanna to” suggests it had become a liturgical word much like “amen.” However, the crowd addresses this cry to the “Son of David” here rather than to the “Lord” as in Psalm 118:25. The substitution is not an accident. The Son of David, as Christ so frequently points out to His opponents, is the rejected stone which becomes the cornerstone (Psalm 118:22; Matthew 22:41-45).

With that being said, however, I wonder whether the crowd fully recognized the import of what it was saying. Not only would they bay for His blood not a few days later, but they also tell the bewildered people in Jerusalem itself that Jesus is a prophet (Matthew 21:11). The King of King has come to His own, and His own knew Him not (John 1:11). 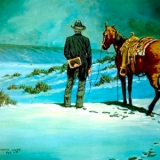 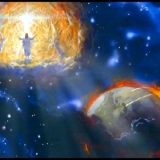