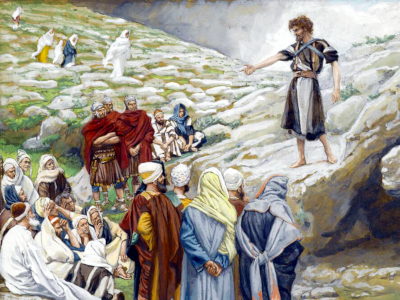 The Pharisee priests and Levites sent from Jerusalem come to John in order to determine whether he is the promised Christ. Their mission is not simply an inquiry about a strange figure, because John answers their question “Who are you?” with a clear denial of all their expected answers. John is not the Christ, the coming Son of David (Matthew 22:42). John is not Elijah (Malachi 4:5). John is not the prophet like Moses (Deuteronomy 18:15). The Pharisees think that he is one of these, at least according to their own fancies, but John denies all of it.

John denying and Christ affirming that he is Elijah are not at odds. It is evident that the Pharisees hold mistaken notions about the coming Christ. Christ already stood among them, as John will go on to say, but they do not recognize Him. Their imagined Elijah and John standing before them do not fit together, but that is the fault of their wrong ideas. John is, after all, not literally Elijah reborn, since Elijah appears with Christ at the transfiguration (Matthew 17:3). John comes in the spirit of Elijah, carrying out the work of preparing for the greater Elisha (2 Kings 2:15). The Pharisees wanted the literal Elijah, which John properly says that he is not.

John confesses that he is none of the things which the Pharisees seek. Confession, in every sense, is agreement with the truth. John confesses that he is not the Christ, because in truth only Jesus is the Christ. If we confess that we are sinners (1 John 1:9), we are agreeing with what God has to say about our condition. We do frequently use the word confession in a wider sense to mean whatever we say about God, so that it is possible to have a false confession. Yet confessing a lie is no confession at all. One may speak a lie in ignorance, in which case like Apollos we should be corrected and taught the way of truth (Acts 18:24-28). But to speak a lie knowing full well that it is a lie is no confession, but to speak like Satan, the father of lies (John 8:44).

John does affirm that he fulfills the prophecy of Isaiah 40:3. He is the voice crying in the wilderness. John points toward Christ, because John prepares the way for Christ. As Isaiah goes on to say in 40:10, the Lord God comes with might. John cries out in order to tell Zion, “Behold your God!” This confession shows that he understands the purpose of his mission from God. John is, as we read last week in Matthew 11, a prophet and more than a prophet, because he is the messenger of God.

The Pharisees, intriguingly, perceive that Baptism is tied up with the time of the Christ. When they ask John why he is baptizing if he is none of the things they thought he would be, they recognize that his activity heralds the coming of the Kingdom. Nor is this unique, since they also recognize many prophecies to refer to the coming of the Christ, such as His birth in Bethlehem (Matthew 2:5) and that He would be David’s Son (Matthew 22:42). Their hardness of heart, however, prevents them from seeing Christ literally among them, even though all of the signs are there. They literally see Jesus and all the signs and proofs that He is the Christ, yet they do not see (Matthew 13:13-15).

Finally, there are at least two villages named Bethany in the New Testament. The main Bethany lay near Jerusalem (John 11:18) on the Mount of Olives (Mark 11:1), and it was the home of Lazarus and his sisters (John 11) and Simon the leper (Mark 14). This Bethany, sometimes called Bethabara as in the King James Version, lay on the river itself, no less than 15 miles from Jerusalem. However, its exact location is disputed. Some regard it as further north on the river, since John also baptized at Aenon near Salim (John 3:23). If this is the case, Bethany might be the name of a region rather than a village, since Jesus is described as going to the region where John baptized in John 10:40. Another possibility is that Bethany is further south near the river across from Jericho. The Romans, beginning at least from the reign of the emperor Anastasius I (reigned 491-518), identified this site as Bethany, even building a church in the area (which the Romans had done for major sites since the reign of Constantine two hundred years earlier). If this is the location of Bethany, it has the added advantage of potentially being the site where Israel crossed the Jordan under Joshua (Joshua 3) and where Elijah and Elisha crossed before Elijah’s translation (2 Kings 2). However, we must not choose the latter simply for sentimental reasons, but neither can we discount the possibility. If Jesus was baptized near where Israel crossed the Jordan, it only further points to His work as being Israel called out of Egypt (Hosea 11:1). 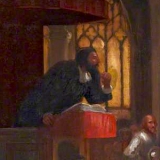 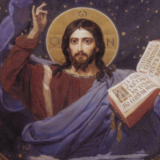 A Christian Meditation for the New Year
Scroll to top