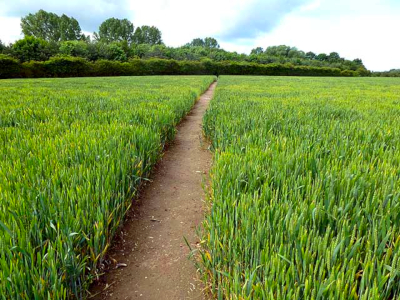 “Take heed then how you hear.” (Luke 8:18)  The kingdom of God is a kingdom of preaching and hearing. The one requires the other. Aptly then, the parable we will hear on Sexagesima is known under two names: “the sower” and “the four soils.”

Jesus, of course, didn’t name his parables; he simply preached them. And of all his parables, only this one is explained in each of the synoptic Gospels. This ought to be a clue to us as to its prominence and importance. “Do you not understand this parable? How then will you understand all the parables?” (Mark 4:13)

The focus in Christ’s explanation is on hearing. Score one for “the four soils.” Christ himself pays almost no heed to the sower. Sure, he’s mentioned. He’s there. But the explanation is focused on the soil which receives the seed, that is, the hearing of the Word. “He who has ears to hear, let him hear.” (Luke 8:8)

Not all hearing though is the same. Experience will testify to this. The same word can be read and preached to an entire group. But the results differ from hearer to hearer. The parable is largely an explanation of the differing ways that the Word of God will be heard, and by it, the kingdom of God either opposed or received.

The various ways to hear are not permanent. So a particular hearer can and will move between various ways of hearing. This is important so that the hearer who is cut to the heart by Christ’s description of rocky or thorny ground does not lose hope. But also, those who are good hearers ought not presume that they may trifle with grace and take it for granted that they will continue. Good and fruitful hearing of God’s Word continues to hold fast to the Word as long as God gives life.

The Teacher of the Kingdom identifies four ways to hear. The seed that falls on the pathway are those who hear but fail to hear all at the same time. How can this be? Because attendance does not guarantee attentiveness. The devil is hard at work to take away the Word. There is no virtue in the birds coming to eat the seeds, as if we might read into this that the birds will transport those seeds in their bodies and expel them somewhere else. This should be foolish on its face, and I only mention it as an example of an over eagerness to put a silver lining on what is clearly a dark cloud. Identifying the tactics of the enemy are necessary to avoid them. The devil doesn’t take away the word out of nowhere, as if he could reach up his invisible hand and somehow snatch the sound waves out of thin air. His taking away of the word is more subtle and sinister. It happens whenever he entices hearers to discard the Word. Some perhaps will sit in the pew and deliberately oppose the preacher. They will listen but only to nitpick, to mock, and to ridicule. Others will sit there like blocks of wood and let the words of Scripture and the preacher pass in one ear and out the other, all the while with the mind elsewhere. But the devil will also work on a larger scale to take away even the possibility of hearing the Word. Governments, who ought to hear the Word themselves and submit to it, will rise up and persecute the preachers of God’s Word and drive them out of the land, rendering a deafening silence in their wake, as the example of Jerusalem in the days of the apostles bears witness.

The seed that falls in the rocky ground are those who hear in what we might call a superficial way. They are tickled by something in the message. Maybe it satisfies some religious feeling for them, an emotional high. Maybe they like to learn bits and pieces of trivia. Whatever the case, the hearing of the Word is for them a surface level matter. There is no conviction about what is heard. There is no retention or attempt to incorporate the Word into the mind and heart. They are those who, when asked what the sermon was about will say, “I don’t know, but it made me feel good.” Or even, “It’s all very interesting. We will hear you again about this.” (Acts 17:32) Hearing without assimilating is of no use. When the time of testing comes, as we can be assured it will, such a plant will be quickly scorched.

The seed that falls among thorns are those who hear a little better, though still not properly. They have too many other things to listen to side-by-side with the Word of God. When the cares of wealth and the pleasures of this passing age are on par with the hearing of God’s Word they choke out the intended product. Yes there is a plant. Roots have even been established. Doctrine is known and can be articulated. But finally, it hasn’t made any actual difference. Head knowledge has not become faith working in love. How easy it is for so many of us to be satisfied here. Week after week we listen, we attend, we even mentally assent to what we have heard. But when it comes right down to it, there’s so many cares and distractions that the implementation of the Word, whether it be a matter of repentance or action, is put on the back burner. We’ll get around to it some other time when things settle down.

Lastly the seed falls on good soil. These are those who hear with an honest and good heart and bear fruit with patience. No short cuts can be taken. Honesty entails that the hearer makes no attempts to hide what is uncovered about himself. Neither does he feel the need to go beyond what the Word reveals about God. The good heart is the heart that does what it was created to do. It stands as the organ of the body from which springs forth both thought and action. Repentance, trust, and action all issue from the heart that holds to the implanted Word. “The aim of our charge is love that issues from a pure heart and a good conscience and a sincere faith.” (1 Timothy 1:5)

The hearing of the Word which grows to understanding and gives rise to trust and obedience is the harvest that the sower is at work to create. Yes, the Word does the work, but it does so by grabbing hold of those who hear, and once grabbed, the hearers of God’s Word actually do it. They are not content with a little but become hungry for more. What they hear in the Word they know how to do. (Luke 8:21) “No one after lighting a lamp covers it with a jar or puts it under a bed, but puts it on a stand, so that those who enter may see the light.” (Luke 8:16) The harvest produced by the kingdom defies the logic of pure mathematics, which would say that 1 in 4 is a failure. While the sowing of the sower is not met with unmitigated success, nevertheless, “he comes home with shouts of joy, bearing his sheaves with him.” (Psalm 126:6) 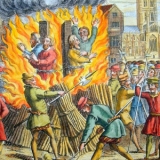 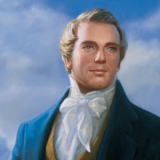 The Later Life of Joseph Smith
Scroll to top