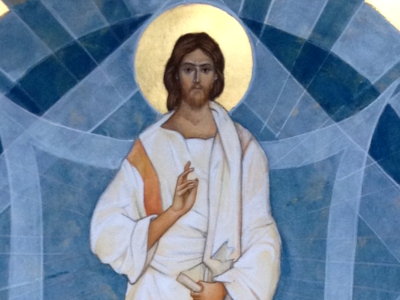 Jesus began to tell His disciples that He must suffer and die at the hands of men. Christ must walk the way of self-denial, and to be in Christ is to be like Christ, taking up the cross after Him (Matthew 16:24). But now, as Christ begins the way toward Golgotha, He takes Peter and James and John with Him up on a mountain, as He did frequently to pray (Matthew 14:23, for example). Three would be a satisfactory number of witnesses to testify afterwards (Deuteronomy 17:6).

Yet while He is on the mountain, Jesus is transfigured, or transformed, before them. Used of Christ, it refers to His appearance. In His incarnation, He had emptied Himself, taking on the form of a servant (Philippians 2:7-8). Christians also reflect this complete change, though in a spiritual sense, since we are called to be transformed in our minds (Romans 12:2) and transformed into the same image of Christ (2 Corinthians 3:18). As Jesus now shows Himself to be God to His disciples, so are we called to become like Him. Thus, the Transfiguration is not merely a light show, but a glimpse of the glory that is to come.

The imagery of shining like the sun is a sign of Christ’s deity. John’s vision of the ascended Christ in Revelation 1 includes the same detail. Ezekiel’s vision of God describes the one seated on the throne as having the appearance of fire (Ezekiel 1:26-28). God is, after all, light (1 John 1:5), dwelling in unapproachable light (1 Timothy 6:16), and clothed with light (Psalm 104:2). Daniel describes God the Father as being dressed in clothing white as snow (Daniel 7:9). Everything about Christ’s appearance in this moment points to His divine nature, now uncovered before the eyes of His three witnesses.

Moses’ face shone with the borrowed glory of God, whom he knew face to face (Exodus 34:29-35). To be in the gracious presence of God is to be transformed. Yet as Moses brought the ministry of death, which could be concealed with a piece of fabric, Christ brings the greater ministry of righteousness, far exceeding it in glory (2 Corinthians 3). Even the clothes on Christ’s body are transformed with Him, shining brightly with the glory of God.

Moses and Elijah appear with Christ, talking with Him. Moses knew the Lord face to face, and his body was not found after his death (Deuteronomy 34). Elijah was taken up into heaven in a whirlwind (2 Kings 2:1-14). Jesus also frequently referred to “Moses and the Prophets” as a poetic way of speaking about the Old Testament (such as in Luke 16:29). These two chief prophets, then, point toward Christ now as they had in their writings. Here is the One that the prophets of old longed to see, but did not see (Matthew 13:17). Yet now we, with the three disciples, see Him in all His majesty. The fullness of God’s revelation has come in His Son.

Peter, out of a mixture of fear and piety, proposes that three tents be set up in this place. As the tabernacle of old had covered the glory of God, so now it was only fitting that the divine glory receive a new dwelling place. His desire to give the Lord a fitting place for His glory is a noble one. As David says: “One thing have I asked of the Lord, that will I seek after: that I may dwell in the house of the Lord all the days of my life, to gaze upon the beauty of the Lord and to inquire in His temple” (Psalm 27:4). Likewise the Sons of Korah: “how lovely is Your dwelling place, O Lord of hosts” (Psalm 84:1)!

Peter misunderstands the purpose of this transfiguration, just as he had misunderstood the purpose of Christ’s suffering about a week earlier. However, the Lord leaves no room for further misunderstandings. As Peter is speaking, a cloud descends upon the scene. Clouds like this are a sign of God’s presence among His people. God descended upon Sinai in a cloud (Exodus 19:9). He went before His people in a cloud by day (Exodus 13:17-22). The cloud of His glory filled the tabernacle (Exodus 40:34-35). He makes the clouds his chariot and rides on the wings of the wind (Psalm 104:3). Now, just as He once spoke to His people in the wilderness in a pillar of cloud (Psalm 99:7), the great voice of the Father speaks again: “This is my beloved Son, in whom I am well pleased. Obey him” (Matthew 17:5).

The usage of Psalm 2 here points toward two things. First, as Peter would later recall in 2 Peter 1:17, God the Father honors and glorifies Christ in this moment. Psalm 2 is, after all, about the coronation of the king. The Lord’s anointed King reigns on Zion, and the kings of the earth should tremble before Him who holds all authority in heaven and earth.

However, the time of Christ’s full glorification has not yet come. Only after His resurrection would He be vindicated by the Spirit (1 Timothy 3:16). Yet He is God’s chosen, sent into the world to redeem it. The Father testifies the truth about Christ, just as He testified using the same words at His Baptism (Matthew 3:13-17). Just as Christ then went into the wilderness to be tempted by Satan through much suffering, so also Christ now descends from the mountain to enter a greater wilderness, forsaken by men and the Father on the cross. The ministry of Jesus is thus bracketed by suffering, being tempted in every way as we are, yet without sin. This transfiguration, therefore, is not a sidetrack in the Gospel. God repeats Himself to show His determination (Genesis 41:32). 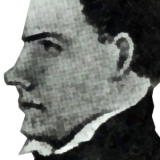 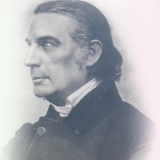 Loehe on Preparation for the Holy Office
Scroll to top