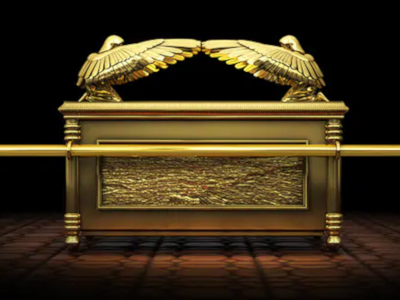 Is Psalm 15 a password or a description? Jehoiada stationed gatekeepers to keep the unclean out of the temple (2 Chronicles 23:19), and it is tempting to regard a psalm about godliness as a bar before the door. To be in God’s presence is not something that should be taken lightly. The Lord said that “man shall not see me and live” (Exodus 33:20). Evil may not sojourn in His presence (Psalm 5:4). Yet this is not a list of qualifications. Rather, it is wrestling with the problem of hypocrisy in the church. Who belongs to God? Who are those who are on the Lord’s side? Seen in this light, the psalm is not the question of the lawyer seeking to justify himself (Luke 10:29), but comfort for those who are sons of the promise.

Psalm 15 is very short, but may be divided into three basic sections: the question (verse 1), the reply (verses 2-5a), and the promise (verse 5b). This question and answer format gives the whole a liturgical character, or perhaps catechetical. The purpose of catechesis is not self-justification, but to educate in the ways of wisdom. Indeed, the psalm presents ten points to consider, connecting it to the Ten Commandments. To know the Law of God and to walk in it is the way of wisdom and delight (Psalm 19).

A Psalm of David.

LORD, who shall sojourn in your tent? Who shall dwell on your holy mountain?

David, seeing hypocrites and evil men in control, perhaps in the days of his exile from Jerusalem (2 Samuel 15), addresses a question to the Lord. The tent, or the tabernacle, housed the ark of the covenant, making it the place of God’s presence. Even after the ark was brought from Shiloh, David placed it within a tent (2 Samuel 6:16-19). To be in God’s tent, then, is to stand before Him. God’s holy mountain, Mount Zion (Psalm 48:1-3), is God’s presence among His people. Since the mountain figures prominently in the last days (Isaiah 11:6-9), it is fitting to regard this as heaven. To dwell on God’s mountain is to be with Him in the life to come. Who is able to do this, Lord?

Sojourning is living as a resident alien in the land. Sojourners live among the people, but have no inheritance among them. They are there by privilege, not by right. So also we are in God’s presence by His gracious permission, not by right. Already David clarifies that this psalm is not a means to justify ourselves. We would not be in God’s presence at all, except by His grace.

Thus, it is true that no one can measure up to the fullness of God’s Law. As James 2:10 says, those who break the Law in one point have become guilty of the whole. Yet grace is not an excuse for laziness. God forgives in order to regenerate, so that the new man actually delights in the Law (Romans 7:22). The ten points which follow then not only show us the seriousness of being in God’s presence, but also the way of life and righteousness. Christ sets us free to walk in this way, because the Law is good and holy and righteous.

The one walking blamelessly and doing righteousness and speaking truth in his heart.

The first three points are all positive ones. Those who walk in the way of the Lord do things such as these. It is noteworthy in all of these that David describes righteousness in terms of love for the neighbor. A hypocrite is very eager to convince others that he loves God. The Pharisee who boasted of his righteousness before God pointed to his external attempts to keep the law (Luke 18:9-14). Yet the hypocrite reveals himself in his contempt for his neighbor. They are more interested in mint, dill, and cumin, than they are in justice, mercy, and faithfulness (Matthew 23:23).

Walking blamelessly should not be taken as an impossibility, either. Paul could rightly call himself blameless with regard to the Law (Philippians 3:6). Job is described as being blameless and upright, fearing God (Job 1:1). It is what we might call a relative blamelessness, having no reason to stand accused before men. Before God, of course, no one is without sin, but a man may certainly avoid gross outward sins in his daily life.

On a different note, though the question is originally addressed to God, David provides the answers to it. Having the mind of Christ means that we are able to discern what is good and true and right (1 Corinthians 2:16; Ephesians 5:3-14). These points are not based on public opinion or on sentimental feelings, something which our sinful hearts are prone to regard as convincing. Rather, they are based on the Word which reveals that mind of Christ, and in this Word we have an infallible guide.

He does not slander with his tongue. He does not do evil to his neighbor, and he does not lift up reviling on the one closest to him.

The next three points in this list are all negative. Walking the way of God involves both doing what is right while also not turning to the left or to the right. The word “slander” here is related to the word for foot. A wicked man not only cuts down his neighbor with his words, but he also goes around spreading his lies. Reviling, on the other hand, is an assault on the person himself, heaping up shame and disgrace, taunting them. To walk in the way of the Lord is to speak well of others, because a tongue used for evil sets us on fire for hell (James 3:5-6).

Despised in his eyes [is] the reprobate. and the one fearful of the LORD he honors. He swears to his hurt and does not change.

David now presents two more positive points for consideration. The first of these is regarding men as the Lord regards them, not as the world does. The reprobate, or those who are rejected by God, have no standing in the righteous man’s eyes. The one who fears the Lord is esteemed. This is exactly the opposite of what the world does, since the reprobate are often those who have a high standing in the world and the ones who fear the Lord are oppressed. A man can and should give honor to godless men in the world (1 Peter 2:17; Romans 13:7), yet this is done out of obedience to God.

On the other point of this verse, there have been differences in translating. Hebrew does not require its vowels to be printed in order to be read, only the consonants. This was also true of the Old Testament for many centuries, leading to some variation. The word translated here as “hurt,” when given another vowel sound, can be rendered as “neighbor,” which is how the Septuagint, the Vulgate, and even Luther understood it. The translation would be “who swears to his neighbor and does not change.” In this sense, it describes a man who stands by his word in all things. Swearing to his “hurt,” on the other hand, is still a description of honesty, but a much more intense one. The righteous man not only keeps his word, but he keeps it even when it hurts him to do so. Leviticus 5:4-6 describes what should be done when a man remembers a forgotten vow. It will cost him to make restitution for it, yet a righteous man will still do so, because he fears the Lord. Additionally, in times when fraud is revealed or some other sin, he makes it right even if the cost is great (2 Chronicles 25:5-13, even though Amaziah is an idolator).

His silver he does not give out in interest/usury and a bribe against the innocent he does not take. He who does these things, he shall not be made to stagger forever.

“Usury” in Hebrew is derived from the word meaning “to bite.” By requiring more money to be paid on a loan, a man would be biting his poorer neighbor. Usury always has the poor in mind, because while a rich man can afford to pay back more, a poor man already has nothing. Adding to the cost increases his burden rather than alleviating it. Deuteronomy 23:20 allows for requiring interest from a foreigner, but denies it to a brother. God would rather have us give without expecting anything in return than to be focused on the material cost or potential profit (Luke 14:14).

David thus closes the psalm with a promise. Those who walk in the ways of God shall not stumble or be made to stagger. We could not walk in the first place unless God had set us in the way, so this is not a promise to make us proud. Rather, it should comfort us, knowing that God knows His own and no one will snatch them out of his hand. The hypocrite may be in control of the world, but his reward has already come. The righteous may suffer now, but the night will give way to a joy which knows no end. 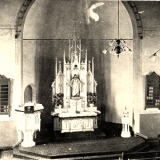