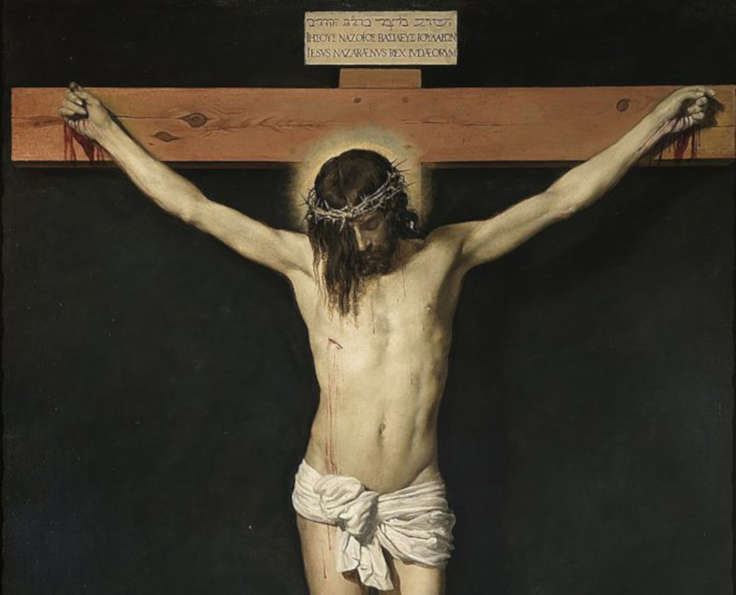 On Shrove Tuesday in 1552, Erasmus Sarcerius preached a sermon on Christ and our cross. His text was Luke 18:31-43, in which Jesus foretells his death and resurrection a third time and heals the blind beggar outside of Jericho. He parsed the text into seven articles — the sixth is below for your consideration. It is a critique of those arch-heretics, Reason and Human Wisdom, who deceive even the disciples, keeping them from understanding the clear words of Christ.

Reason and Human Wisdom are such successful heretics because they seem to deliver on their promises for a time. Seeking honor leads to honor. Seeking prosperity leads to prosperity. Trust in their promises pays off in ways so delightful to our flesh that we overlook the times they fail to deliver. It’s a classic case of confirmation bias.

The end of trust in Reason and Human Wisdom is despair in time of need, especially in our greatest need at the hour of death. At that point, their promises come to an end, and they have no help to give. Instead they can only lead you to conclude that you are a wretched, miserable creature with no hope. But that bit of truth emerging from their heresy is too little, and it arrives too late.

Such honesty about Reason and Human Wisdom makes enemies with the world. It is an annoyance and burden to the flesh, and it must compete with the clarion call to talk about something more relevant, something that matters right now. It is striking how similar the voice of Sarcerius’ world is to ours.

For the Christian, the cross of Christ is a source of eternal comfort because it means that our weakness and crosses are not meaningless. Far from it. By faith in the promises of Jesus secured by his suffering, death, and resurrection, our weakness and crosses are given ultimate significance. They are the path to glory – a glory that does not terminate at the grave. It is a glory that is not self-serving and vain. It is the glory of perfection, holiness, and love. It is the glory of Christ, lifted up on the cross, drawing all nations to himself.

The sixth article holds before us the ignorance of Christ’s disciples as an example. They didn’t understand their master’s talk of his suffering and his resurrection. Luke shows us: “They understood none of these things, and the saying was hidden from them, and they did not know what was said.”

In view of such ignorance, we rightly wonder that the disciples were with Christ for so long, went in and out with him for so long and yet did not understand this saying of Christ concerning his suffering and resurrection.

The source of the disciples’ ignorance

It comes from reason and human wisdom, which are heretics that persuaded the Jews to think that Jesus would be a worldly king and lord. Because they are now stuck in these thoughts, they have imagined him as a rich, powerful, and happy lord, who should rule and govern in this world with great honor, happiness, and prosperity. There was nothing more unimaginable to them than that the Christ should suffer and die. Because they couldn’t imagine it, they haven’t understood his sayings about the cross and resurrection.

What we learn from this sixth article

We learn that we cannot, by nature, direct or orient ourselves towards the teaching of the cross and the rescue from it. Therefore both the suffering of Christ and his rescue from it are not subject to reason and human wisdom. They can’t rightly judge and evaluate either the cross or the rescue.

Likewise we learn that the teaching of the cross is annoying and burdensome to our old Adam and our flesh, and that reasoning and fleshly men won’t be bothered with it.

Likewise we learn the source of our ignorance, in which we don’t understand the teaching of the cross nor the rescue from it. It comes namely from reason and human wisdom, which are heretics that teach hatred of the cross and despair of human power and help in times of great need.

Likewise we learn the source of our burden and annoyance at the cross. People would much rather have good days than evil ones. They’d rather live and remain in peace and prosperity than have cross and misery. On that account one finds at all times people who regard temporal peace more than eternal blessedness and eternal peace. That’s seen nowadays in our time when, for the sake of temporal prosperity, God’s word and the truth are abandoned, and they cry out with clear voice that one must give way to the time and present needs. Among them he is a wise man who can accommodate religion to the times.

Likewise we learn that, by nature, we don’t know the right way to attain honor in the kingdom of Heaven. It is found in the cross. This ignorance is also a fruit of reason and human wisdom, which teach that one climbs to honor through honor, to power through power, etc. And for such heretics there is nothing more impossible to believe than that in the kingdom of heaven the right way to attain honor is the cross and weakness.